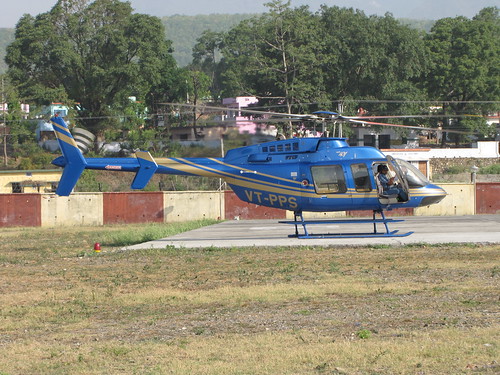 The Abode Of Lord Vishnu

In the twin mountain ranges of Nar and Narayan is the holiest of the four main shrines, Badrinath along the left bank river Alaknanda with the splendid Neelkanth mountains in the backdrop, it is an important destination on the scared itinerary of every devour Hindu. Once the spot was carpeted with ‘Badris’ or wild berries and hence was famous as ‘Badri Van’.

Legend has it, when the Ganga was requested to descend to earth to help suffering humanity, the earth was unable to withstand the force of its descent. Therefore the mighty Ganaga was split into twelve holy channels. Alaknanda was one of them that later became the abode of Lord Vishnu or Badrinath. The temple of Shri Badrinathji on the banks of the Alaknanda river, dates back to the vedic times. Situated at an altitude of 3,133 mts., the present temple is believed to have been built by Adi Guru Shankaracharya- an 8th century’s philosopher-saint, who also established a ‘math’ here. Also known as ‘ Badri Vishal ‘, Badrinath is one of the Panch Badris.

Amidst the dramatic mountain scapes of the majestic Kedarnath range stands one of the twelve ‘Jyotirlings’ of Kedar or Lord Shiva situated at an altitude of 3584 mts. on the head of river Mandakini, the shrine of Kedarnath is amongst the holiest pilgrimages for the Hindus. Kedarnath is a majestic sight, it is in the middle of a wide plateau surrounded by lofty snow-covered peaks. The present temple, built in the 8th century by Adi Shankaracharya, stands adjacent to the site of an earlier temple built by the Pandavas. The inner walls of the assembly hall are decorated with figures of various deities and scenes from mythology. before the main entrance of the temple door a large statue of the Nandi Bull stands as guard. Dedicated to Lord Shiva, the exquisitely architecture Kedarnath temple is said to be more than a 1000 years old. Built of extremely large, heavy and evenly cut gray slabs of stones, it evokes wonder as to how these heavy slabs were handled in the earlier days. The temple has a “ Garbha Griha” for worship and a Mandap apt for assemblies of pilgrims and visitors. A conical rock formation inside the temple is worshipped as Lord Shiva in his Sadashiva form

Helicopter capacity: 04 adults with weight not more than 300 kg