Bhalka Teerath is in Veraval near Somnath . Legend is at this place Lord Krishna after the Mahabharata war was over he left  Mathura to save and protect his people, established Dwarka on the Sea shores as his capital , Veraval is called Prabhas Kshetra ,  one day he was having his dhyan  under a Peepal tree with his back resting  on tree trunk sitting on a deer skin with his left foot over his right leg , a hunter named Jara was  in search of  some animal to be hunted , he misunderstood the foot  of Lord Krishna to be an eye of a deer and shot an arrow ( in Gujarati arrow means Bhall Baan ) and badly injured the Lord ,   realizing his mistake he apologized to Lord but Lord Krishna told him that it is not a mistake , but it was his own deeds of previous births he was paying off . He ( Zara ) was Monkey King Bali brother of Sugreev , he was killed by him with a shot of an arrow , hiding behind the trees in his ( Lord Krishna) previous incarnation as Ram 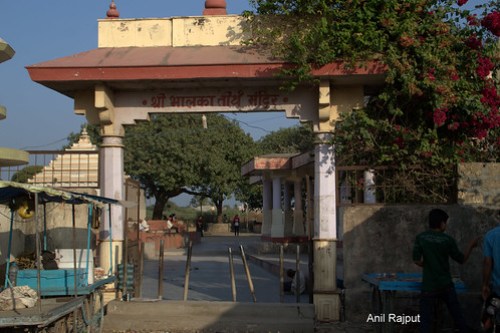 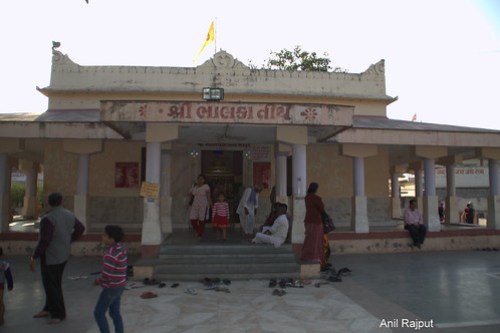 After Lord Krishna was badly injured he walked some distance to Prabhas Patan the Triveni , confluence of river Hiranya , Kapila and Saraswati  and breathed his last and at same place he was cremated 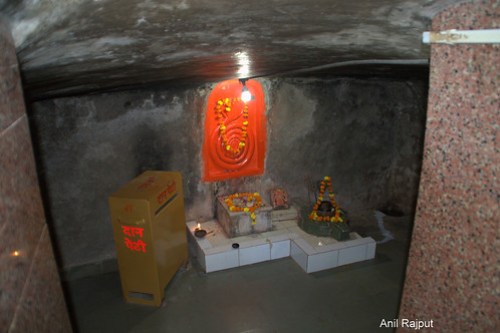 The place where  Balarama (Incarnation of Sheshnag ) also known as Baldev , Lord Krishna’s elder brother departed from the earth  in his  serpent form after Lord Krishna left for Nijdham ( Heavenly abode). This is marked by an ancient holy cave called “Dauji-ni Gufa” 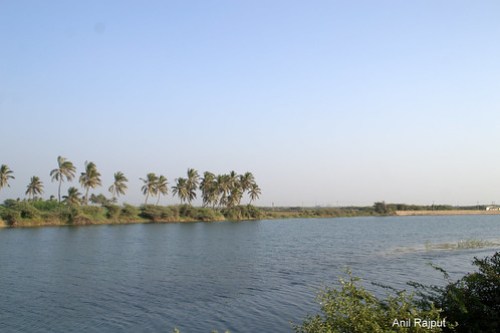