Kanoi is a desert village towards West about 35 km  from Jaisalmer on Sam road with beautiful virgin Sand Dunes , about 400 small brick and mud houses with a population of about 3000 people of mixed castes living here since many generations  in harmony . 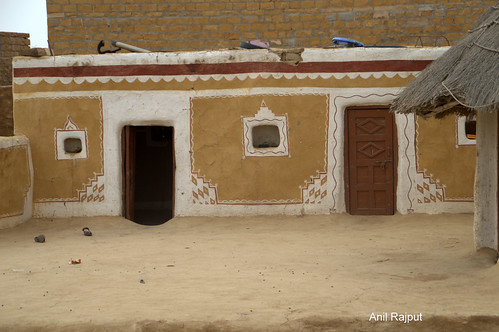 The different communities live in the  Kanoi village are  Rajputs , Suthars ( carpenters ) take care of the daily simple need  machines  and tools in the village , the Kumhars ( potters ) take care of the  supply of pots used in daily  house hold  jobs and making pots for carrying  water , few Brahaman ( Priest ) community is also there . 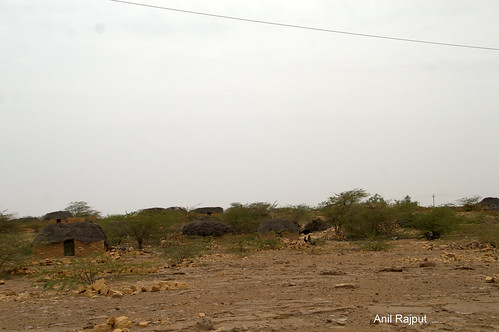 There are the Manganiyars who also call them self the Mirasi a Muslim community, patronized by the Royal families and the wealthy merchants families in North India for many generations. 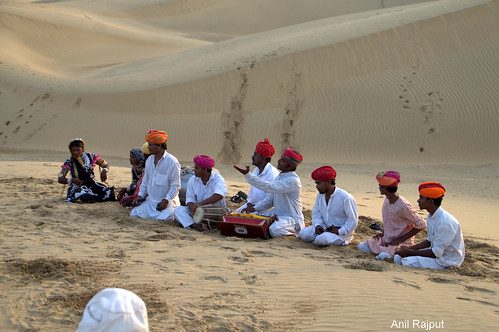 They are the people who have protected the cultural heritage of singing of Rajasthani Folk Music and also preserving their age old musical instruments like Sarangi , Kartal , Bhopang , Morchang , Algoja , Dholak , Dhol , Kamaicha . Kanoi village is a nursery for the Manganiyars or Mirasis , they train the young boys in singing and playing the age old musical instruments , narrating the myths and fables, history and legends, of Kings and Conquerors, Sages , Sufis and Saints from the region. Ladies are restricted they do only the household jobs they even feel shy in the presence of outsiders. It is only the Kalbelia ( Snake Charmers ) girls who accompany the musical groups for performances with Merasis or Maganiyars

Kanoi village has produced the world fame Rajasthani Folk Singers and Musicians  Mr. Chandan Khan and Sadak Khan earned world fame at Bharat Mahotsav in 1980 at Moscow and then many European Countries , tradition is carried forward by Mr. Jalal Khan and Mr. Khudu Khan and many more youngsters  . Their music is complex and secular, its roots spread wide, though chiefly in Hindustani classical music . They have traveled , entertained and received  appreciations   from  all over the world for their Music .

The profession of people in Kanoi village beside the agriculture  is Animal Husbandry , Sheep, Goat , Camel and Cows which are the integral part of their life . The agriculture is depend on the rains , the villagers have dug the drains which collects the water when it rains and pour it in a series  underground water tank , this water is used for drinking and daily use 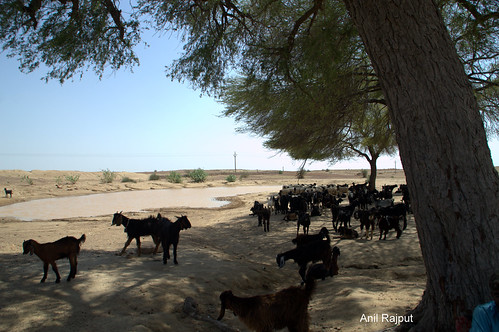 Rain water collected and diverted to Kanoi village through the drains 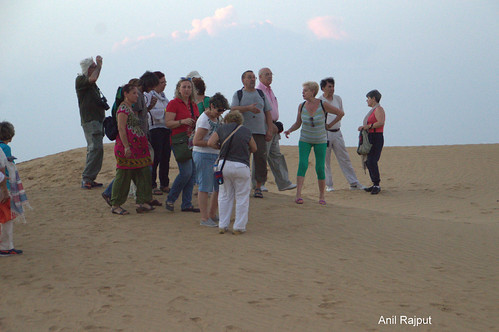 The only palace to stay in Kanoi is Desert Spring Camp , it has 11 Royal Tents and 15 Comfort Tents , every evening there is a Rajasthani folk dances , puppet show and Maganiyar’s folk songs .