Bateshwar is in Morena distt. near Gwalior Madhya Pradesh , this place was inaccessible till few years ago and very few people knew about it , it was the efforts of Archaeological Survey of India’s Mr. K. K. Mohammad who persuaded the local people who were having doubts and also this place was frequented by the Bagis (Dacoits) of Chambal and convinced them to extend help in the restoration of temples constructed by their ancestors. The temples are made of sandstone and belong to the 8-10th century by the Gurjar Pratihar Dynasty . 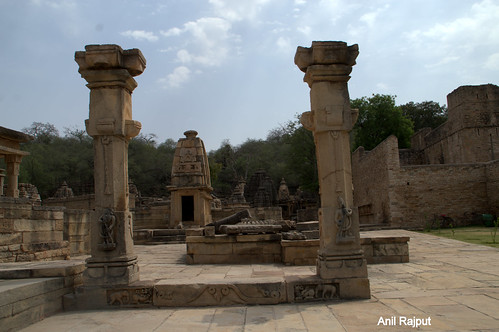 This site was known to the people living in nearby villages but no one dared to enter this area until 2005 AD when the locals were convinced about the cultural heritage of their fore fathers, This complex was long forgotten badly damaged with time and also it was because of the fear of Bagis of Chambal who used it as a shelter, this place outsiders never dared to come here. the temples carvings have little defacement or disfigurement.the treasure of art is spread over in open in area about 10 acres the complex was not destroyed by the invaders probably the strong earthquake and then neglect of humans it remain hidden. 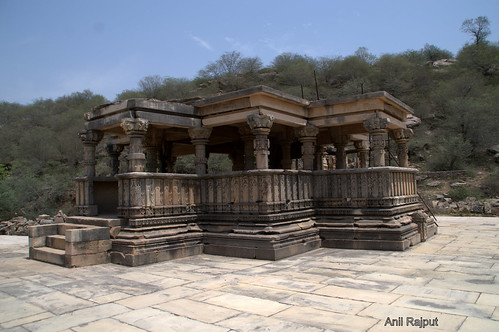 The Gopura Dwar or the main entrance pillar base was located first and then then confirming the Vastushastra the architectural principles enunciated in two Sanskrit texts, Manasara Shilpa Shastra composed in the 4th century A.D. and  Mayamata Vastu Shastra, written in the 7th century A.D. everything which was lying as a Jigsaw puzzle was started falling into the original place 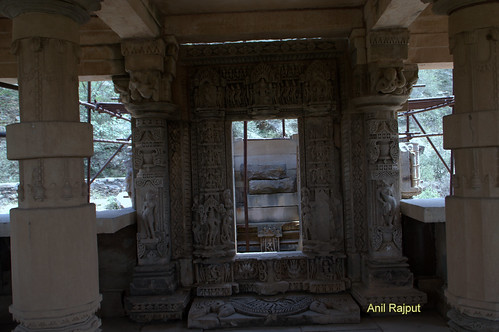 So far there are eighty temples recovered and erected out of the stone blocks scattered all over, buried under heap of soil and excavations are continuing to recover more temples expected to be two hundred in numbers. 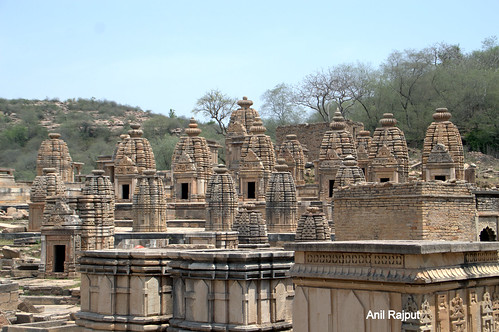 This beautiful plate was excavated out when I was there, it is showing Lord Shiva’s marriage with Parwati in presence of  Raja Indra on Eravat , Lord Barhama on top and then offering ahuti to Agni Dev, at bottom Ganga and Yamuna are carrying water pot on each side . 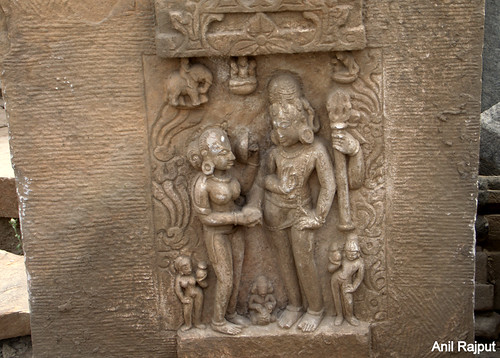 It is a Lord Vishnu’s temple Garbha Griha ornamental door , in the center is lord Vishnu is carried by Garuda on his shoulders and then on both side the different awatars of Lord Vishu are carved . 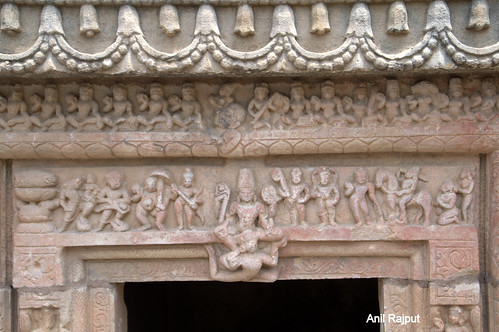 This plate is on a wall , Devki handing over infant Lord Krishna after his birth to a Sevika . 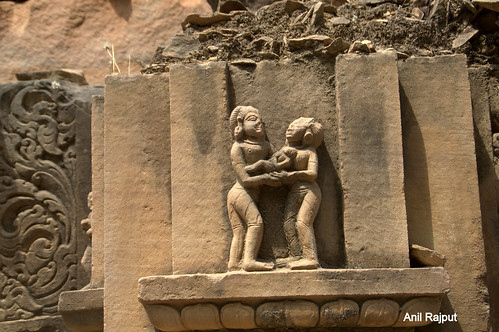 In the same temple wall it is Lord Krishna sucking breast of demon Putna who wanted to kill Lord Krishna upon the instructions of King Kansa and got killed by Lord . 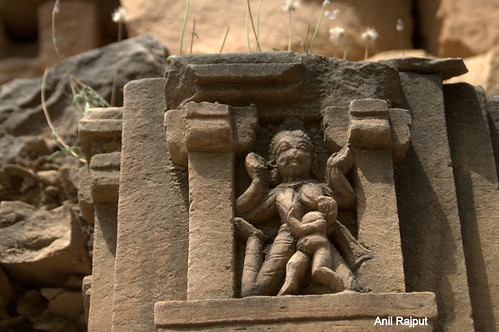 This is supposed to be a rare statue of Lord Ganesha in a dancing pose and four arms . 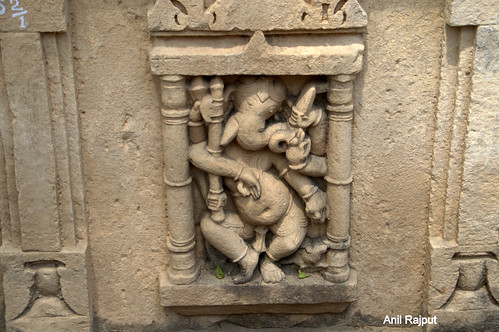 It is the rare or never heard of Lord Hanumaan surrounded by naked dancing apsaras trying to lure him from three sides and Lord Hanumaan is crushing Rati and Kaamdev iunder his feet . 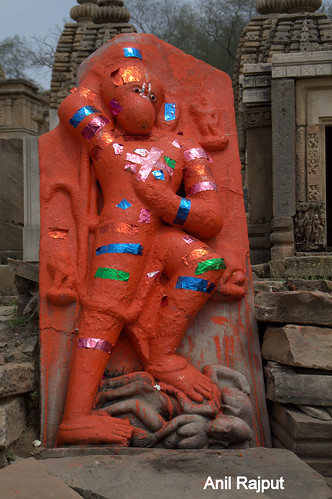