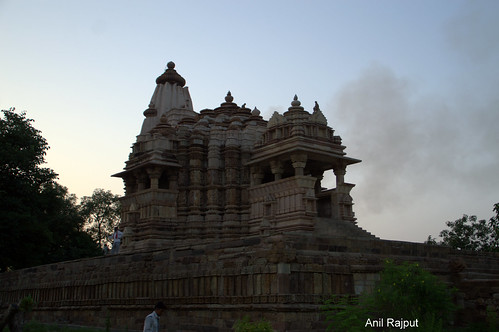 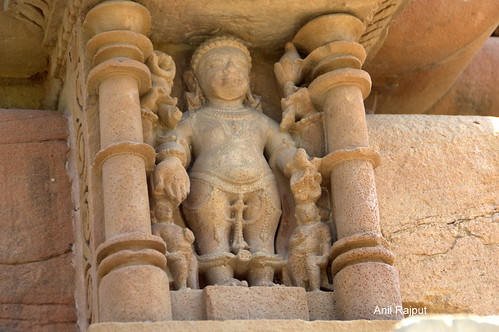 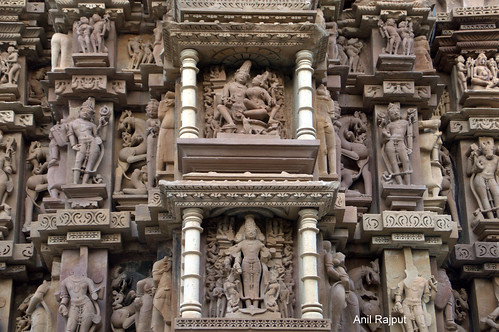 Vishwanath Temple at Khajuraho built by the Chandela King Dhanga Deva  in 999 AD to 1002 AD . It was a panchayatana  shrine however of the four subsidiary shrines only two in the northeast and southwest corners have survived. The structure shows all the elements of a developed temple. The beauty of the temple lies in the depiction of the exquisite figures of women on the rock blocks  walls. The temple depicts more than 600 rock-images 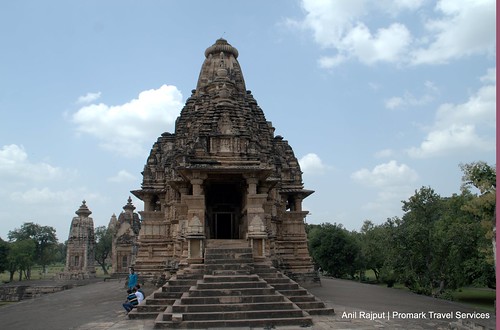 Raised over a platform . This temple is dedicated to Lord Shiva, has an exquisite marble Shivalinga    (it originally housed an emerald lingam)  as the main deity.  It is  believed that the temple celebrates the celestial marriage of Lord Shiva with Parvati. 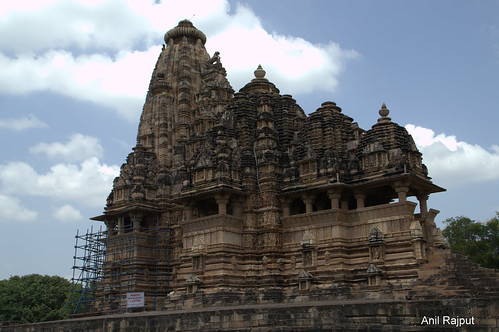 An imposing  image of the three-headed Lord Brahma  also is enshrined in this temple. With lions adjoining the northern and elephants the southern steps , human figures are also depicted on both side of elephant  the exterior of temple walls are with Apsaras writing letters, playing music and a lovely one plucking a thorn from her foot, women are seen to caress a baby . 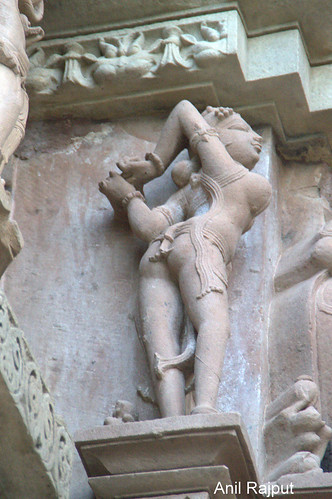 Lady early morning got up from bed 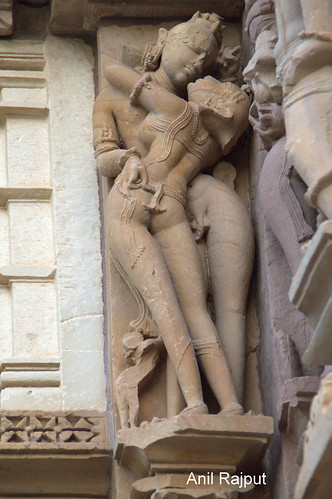 On one of the walls there is a four-armed dancing Lord Ganesh, holding an Axe and broken tusk , in his right hands, and with his left hands holding a laddu (sweet) and extended in a boon-granting gesture. The sculpture of Lord Shiva ( with Trishula on right shoulder  and snake on left shoulder ) can also be seen on outer  wall .

Lord Shiva with Parvati and Lord Brhama with three heads