Sahastra Baahu Temple Nagda about 22 km from Udaipur is also known as  Saas Bahu Ka Mandir, a twin Vaishnav Mandir, here are group of temples of early 7th century, dedicated to lord Vishnu, there use to be a town in the East of this temple, in 15th Century the Gohila King Mokala constructed a lake ( Baghela Talav) after his brother’s name Bagh Singh and town was relocated . This temple is no more in use , it is in partial ruins, tourists  main attraction is of it’s architecture and rare artistic beauty of carvings of more than thousand years ago. 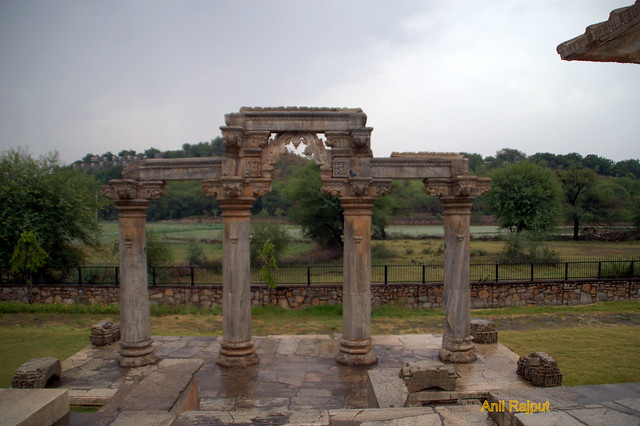 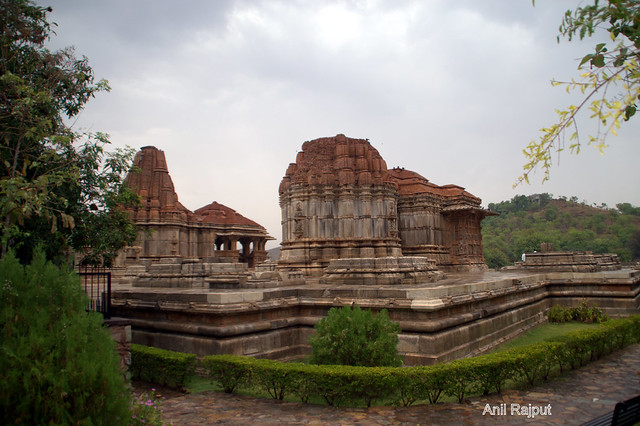 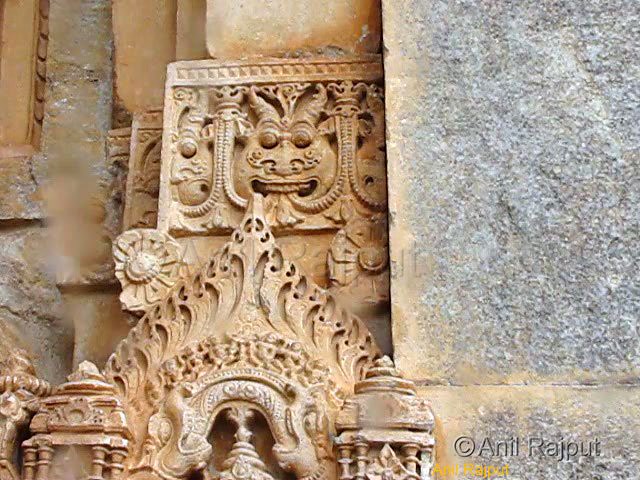 Temples are constructed on “Pancharatha” plan , The Garbhagriha, Antryalaya, Ardhmandapm, Mandapam and Varandha ( Sanctum, Vestibule, Hall and Porch ). Kirtimukha is at the main entrance of temple. 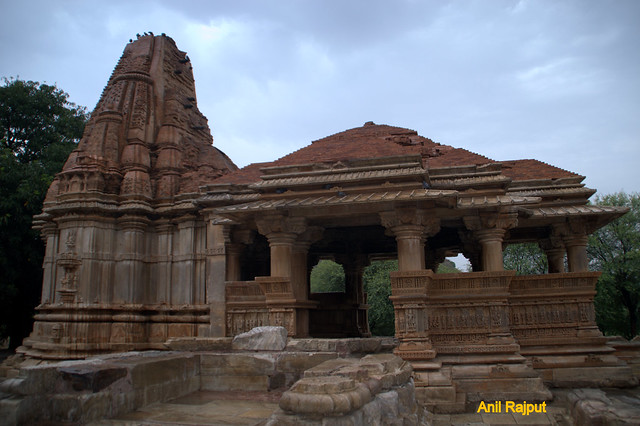 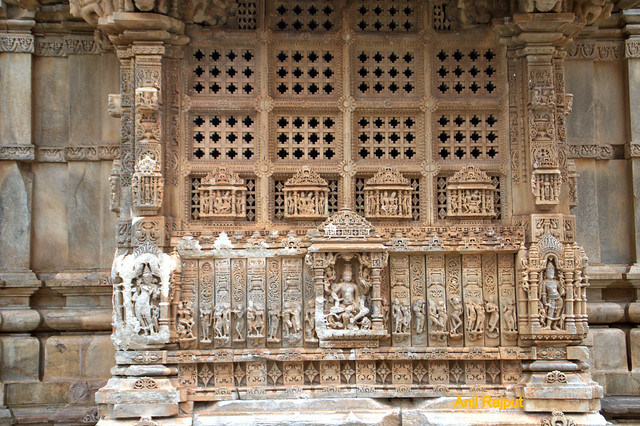 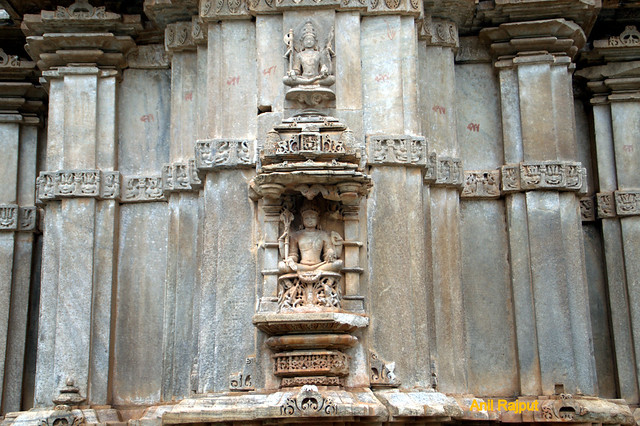 Lord Shiva and above is Parshuram, Sahastrabahu Temple, Nagda, Udaipur 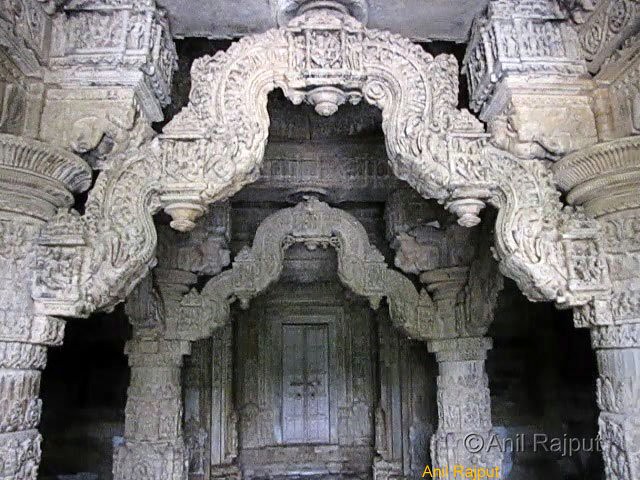 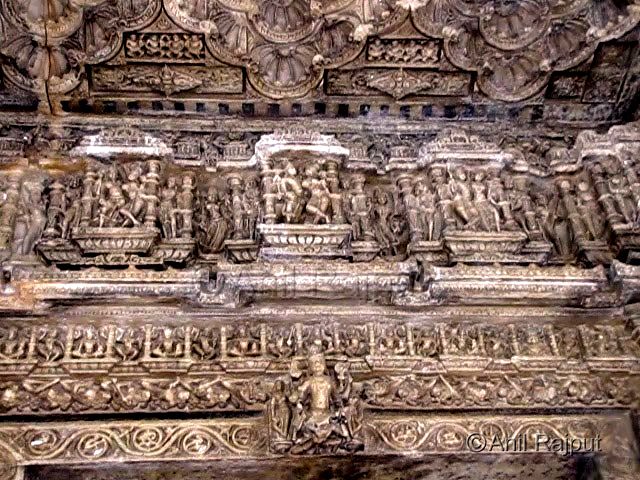 The walls above the Tornas are carved with epics from Ramayana and Mahabharat. 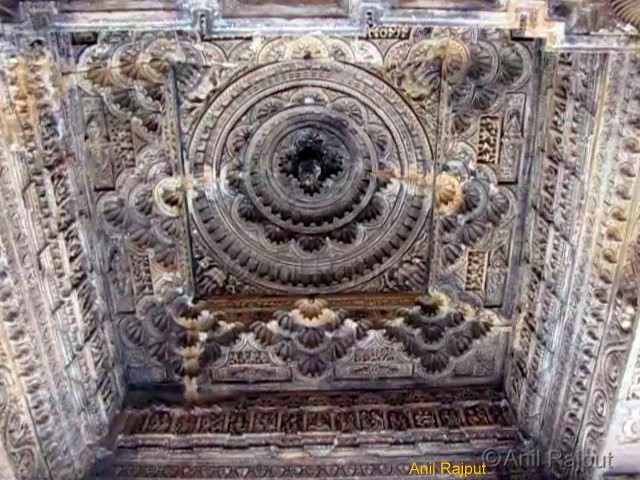 The ceiling above in the Mandap is beautifully carved lotus flower floating  in a water pool . 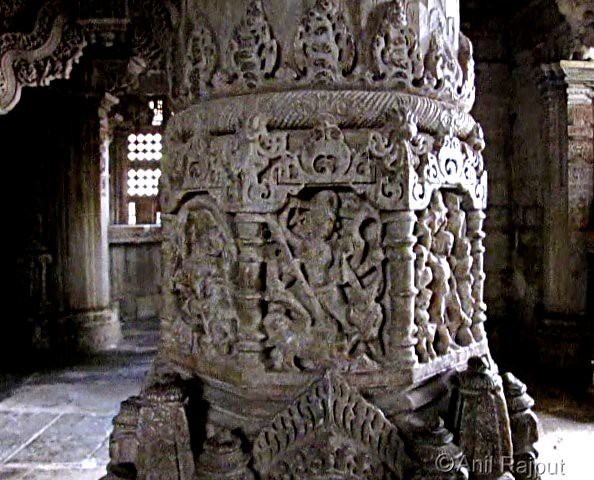 One of the Mandap pillar carved to show Ma Mahishasur Mardani . 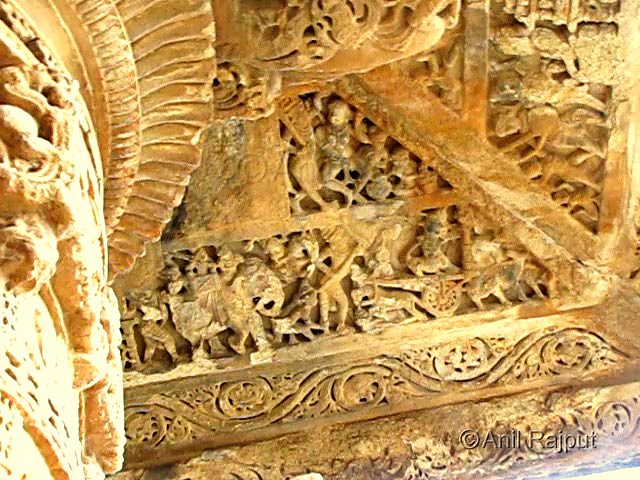 The projections of the roof plate ( chajja) depicting the Lord Krishna and Arjun on a chariot at Mahabharat battle field. 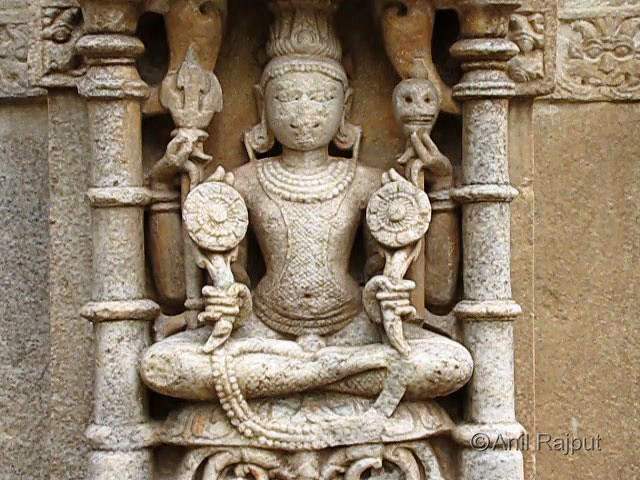 One of the rare carving of Lord Shiva with four hands one of the left hand is carrying a skull trident in right hand and other two arms are carrying flowers , it is showing lord Shiva’s body skin of a snake with scales . 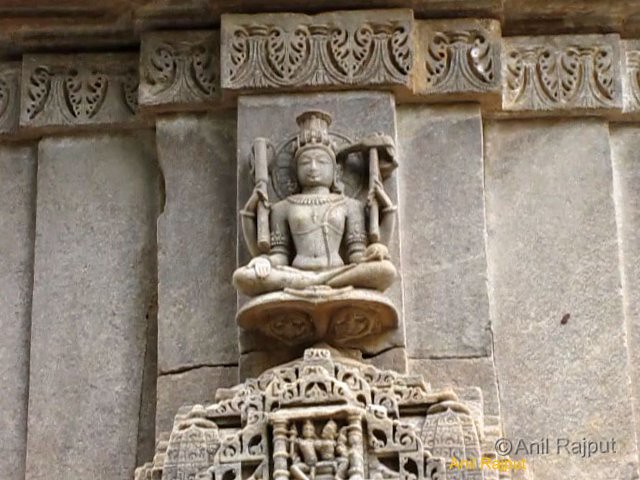 Just above the lord Shiva statue is the Balram , lord Krishna’s brother carrying a club and a plough in his hands, sitting  in deep meditation . 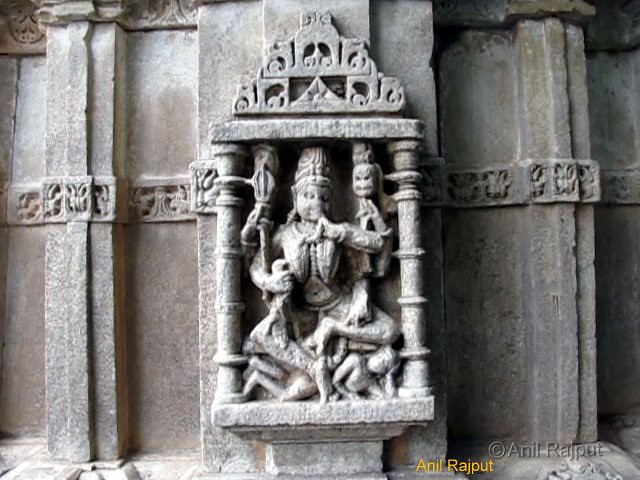 One of the outer wall is having Ma Kali with a skull in one hand a trishool in another hand and lord Shiva is lying on the ground with Ma Kali above the lord. 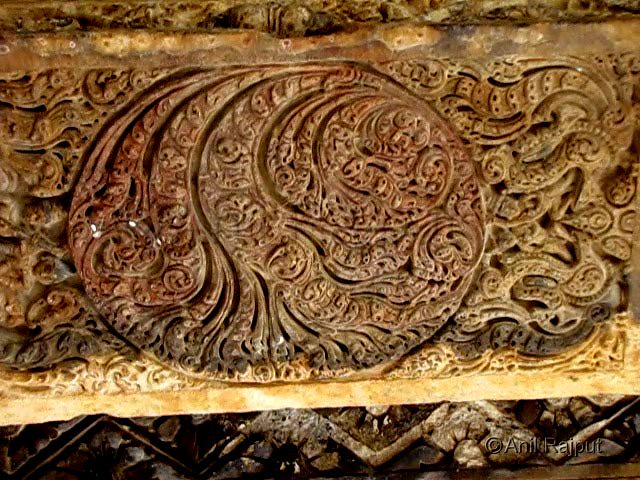 Kalpavirksha or Kalpa padap is a divine tree as per the Hindu mythology , it is carved in the inner wall of the temple, it is said it is a wish fulfilling tree.

Ravaged and plundered by the invading Muslim armies in the 14th century, this temple has survived the turns of history gracefully. Worth visiting for its architectural beauty .