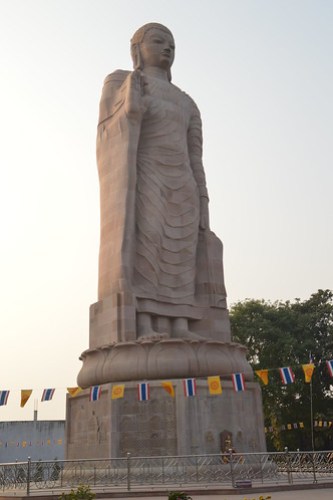 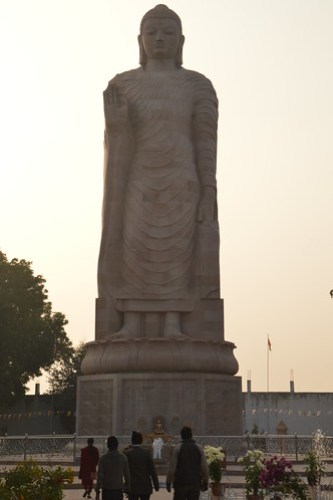 Situated at about 10 kms. from Varanasi ( one of the oldest inhabited city in the world) is Sarnath was also known as Isipatana during the Mauryan Period , here Lord Gautam Buddha gave his first sermon  after he attained the enlightenment                         ( Bodhisattva ) at Bodhgaya , he came here to join five of his former companions ( Kaundinya, Bashpa, Bhadrika, Mahanaman and Ashvajit)  to teach them the Dharma , before reaching Sarnath he had to use his yoga powers to cross the river Ganges as he had nothing to pay for to travel by boat, upon hearing this the Mauryan King Bimbisara abolished the toll for Ascetics . 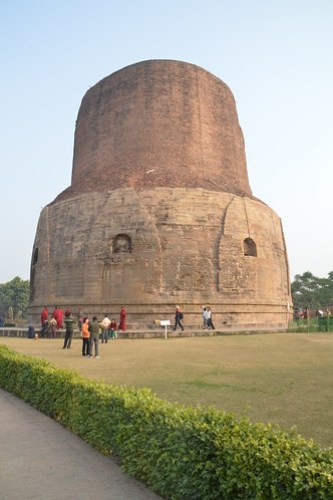 The first sermon Dhammacakkappavattana Sutta  Lord Buddha gave to  five monks on a Full Moon day of Asalah and spend his first rainy season here , the Sangha after the joining of Yasa and his friends grew to 60 in numbers , Lord Buddha directed them to travel alone in all direction  to spread his teachings . 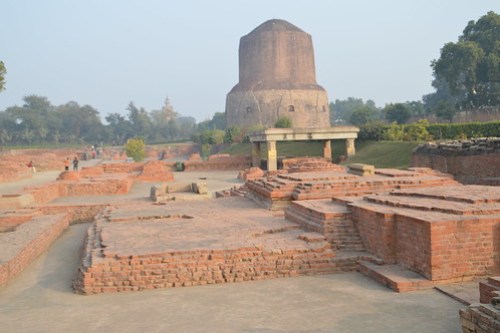 Several Monks stayed and learned about Buddhism centenaries after Lord Buddha , In second Centenary BC, twelve thousand monks were present under the Chief Monk  Dhammasena at the foundation ceremony of Maha Thupa at Anuradhapur , when Chinese traveler Xuanzang visited he saw  fifteen hundred monks studying the Hinayana at the Vihara where there was life size  statue of Lord Buddha turning the wheel of Law , in third centenary Varanasi was a flourishing rich city where King and merchants were wealthy it was at its peak in sixth and seventh centenary , the Chinese traveler Xuan Zang recorded 30 monasteries and  three thousand monks living at Sarnath .

Sarnath was the major center of learning of  Sammatiya School of Buddhism the early Buddhist School , the Vajrayana Buddhism was practiced  as the images of Tara and Heruka are discovered here , along with Buddhist images the Hindu Gods Lord Shiva and Lord Bhrama are also discovered , there is also a Jain temple near the stupa.

In 12th centenary the Turkish Muslim invaders plundered the buildings , this place was rediscovered by British archaeologist   Alaxander Cunninghum in mid 19th centenary.