Aryans villages are situated near the India – Pakistan Line of Control ( LOC ), it is a 65 km drive from Kargil, after crossing over the Humboting-La pass. Just before the villages on the banks of river Sindhu (Indus) a road goes up to Batalik village on LOC it is a restricted area.  Darchik village is on the left bank of river. there are other Aryans villages within 45-50 km Garkon , Dah and Hanu and few more at some distance on the banks of Sindhu river. 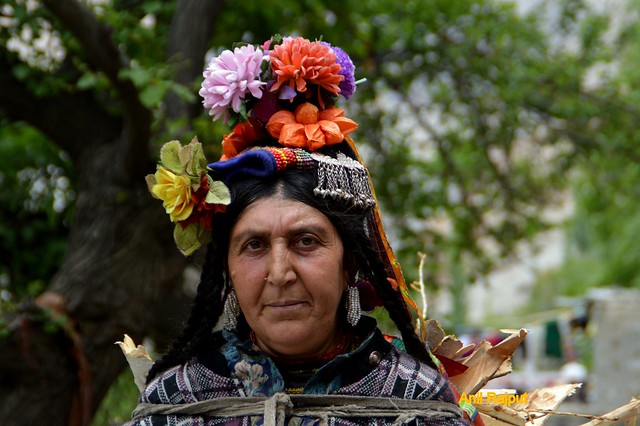 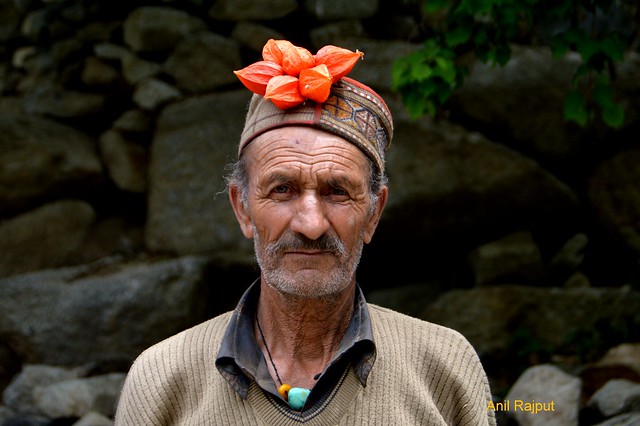 Settlers of these villages are different from other villagers in neighboring villages , they are Brokpa, Dard people claim to have migrated from Gilgit , they have lived in isolation in their inaccessible villages , they claim to be pure bloodline of Aryans, they also claim to be the descendants from Alexander’s army solders who never returned with their contingent while retreating in 326 BC from the banks of river Indus ( Sindhu) , they also call them self “Minaro”. According to a legend there were three brothers Dulo, Galo and Melo who came in search of fertile land and got settled here and people from these villages are their decedents. 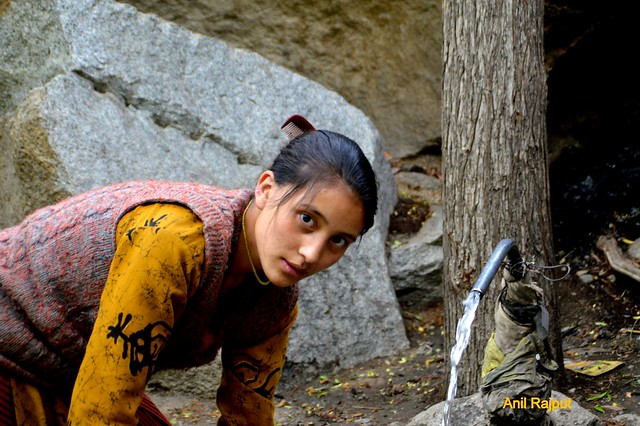 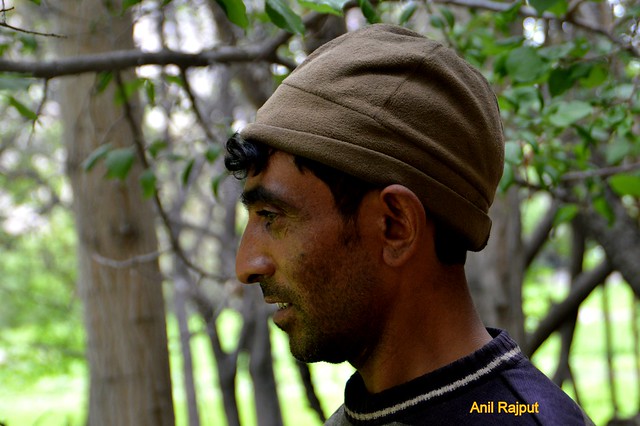 These people are tall, high cheek bone, green or blue eyes, fair complexion and few have blonde hair, they are not shy of wearing the modern cloths but their traditional dress men wear a long maroon gown a cloth tied on waist, woolen trouser , women weat a long gown made of goat skin without arms , decorated with shells, silver and pearl ornaments . The headgear called “Tepi” is with silver base decorated with fresh and dried flowers from the mountains , they wear sheep wool shoes. 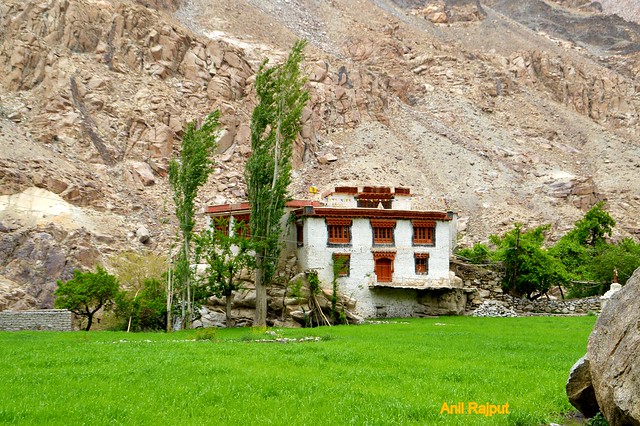 They are nature lovers strict vegetarians except for their festival “Bon Na” when they sacrifice a goat to their God “La”, they follow “Bon” which is older than but similar to Buddhism of Tibet , they follow the Tibetan solar calendar and celebrate the “Lohsar” the Tibetan New Year , they also use “Swastika” sign in their celebrations probably this is the one of the identity their being Aryans. Ibex are sacred for them 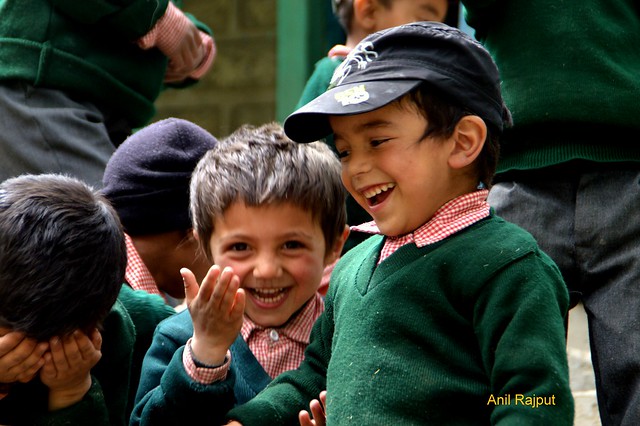 These villages are in a narrow valley with warm weather due to low altitude, dry rocks on higher reaches but these villages are green due to their positions near the drains pouring their water in Sindhu river. they grow Millet, Barley, Apples, Apricot, Walnut, grapes, tomatoes , they take two crops in a year. they extract oil from Apricot seed which is therapeutic and used as medicine, their staple food is roasted barley flour with salted butter tea (cha tsampa) . they do not consume Cow milk or its products , eggs and chicken, they take goat milk,  Festivals are celebrated with wine of grapes ( gunchang), they are experts in making Apricot red and white wine . Dancing and singing is part of any celebrations with drums and pipe called “Dingjangs”

What not to be missed in Kargil

What not to be missed in Kargil , most of the tourist travelling by road Srinagar / Leh use Kargil as a overnight   halt because of not much information available with the travel agents , situated on the midway on Srinagar – Leh highway, ancient town which had trading links with Tibet, China , Central Asia and India has a long history. Before Shia Islam established in 16th century, Buddhism was followed and still the natives have common rituals in marriages and other celebrations . 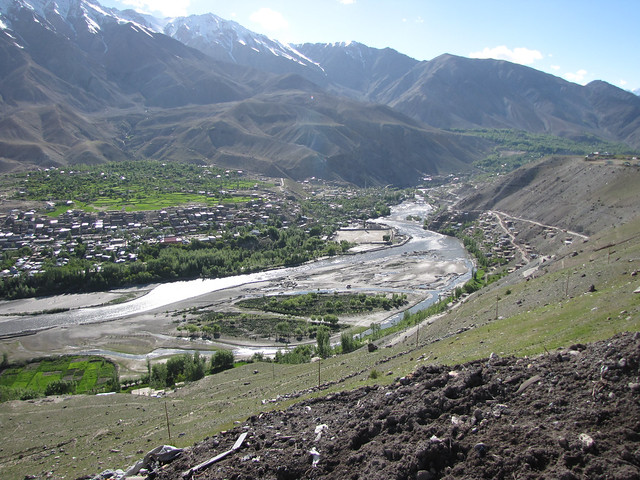 Kargil city on the banks of Suru river

Drass is the second highest cold inhabited place in the world, Kargil war memorial in the memory of soldiers who sacrificed their life for the nation is at the base of Tololing , here the names with their Regiments are engraved on stone slabs .

Dropti Kund is supposed to be associated with Hindu epic Mahabharata queen Dropti, a water lake which changes its color with the change in the season. The locals trust that if a childless couple consumes  water from here get blessed with a child .

Bhim Bhat is seven feet long black cylindrical rock, supposed to be a body part Bhim from the epic Mahabharata, locals trust that a childless lady can conceive if she consumes the dust from the rock. Even when a goat or a cow stops giving milk, the locals feed them with the grass from its proximity to get it to start lactating again. 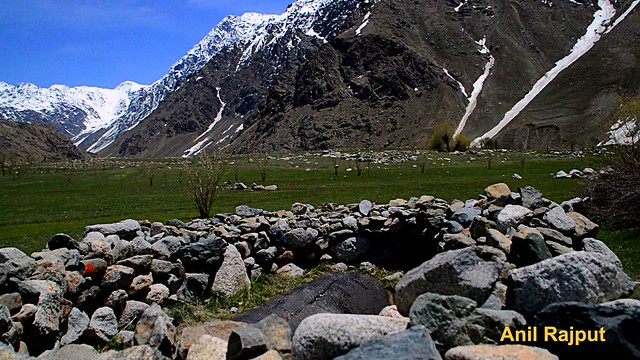 Manman Pass is the point from where one can have beautiful views of Dras valley, Tololing, Rhino Knob, Tiger hill and snow laden peaks across the Line of Control between India and Pakistan.

Kaksar village on the banks of Shingo river, is the ancient village still having the old houses. This village is on the Line of Control and one can see the territory across the line of control. The villagers have lots of stories and memories of Kargil war and every year organise  Shaheed Capt. Saurabh Kalia Memorial Cricket Tournament in the memory of the Kargil war Heros . Shingo river originates from the Pakistan occupied Kashmir and enters India near this village, meets the Drass river then merges with Suru river and re-enters Pakistan occupied Kashmir again near Hundarman. 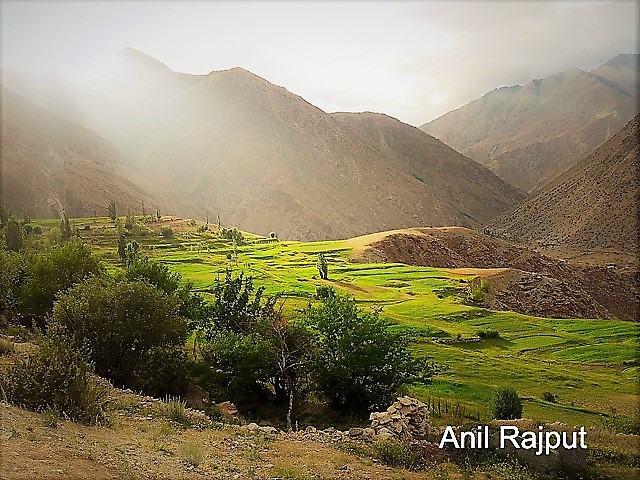 Hundarman village is recorded to be a about six hundred years old , from far it appears to be a cluster of separate  houses but in fact it is one interconnected house for a family, this village is on LOC and one can see a POK village known as Brolmo where every Friday one can see a large gathering at Shekh Ali’s mazar .

Apati village is an ancient village have a Ghandhara style Maitryea Buddha rock cut statue supposed to be of 8th century one of the three statutes in Kargil area left in the world . 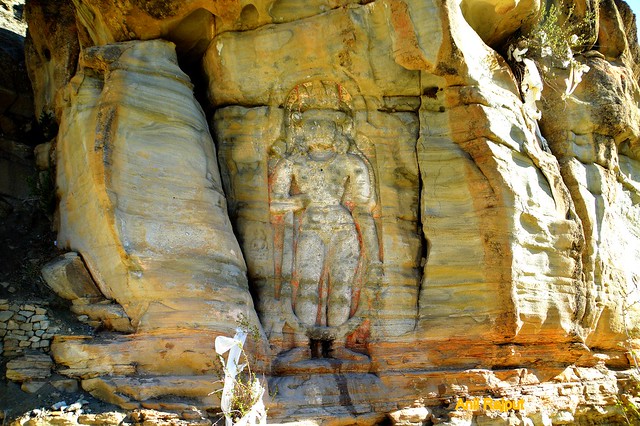 Aryan’s villages There are few villages (Dha Hanu, Garkone, Darchik) along the Sindhu ( Indus ) river near Batalik , people living here are Dards call themselves pure Aryans Brokpa, are tall and fair different in looks, traditions,cloths different language and their marriages are among their four villages only.

Karche khar  a small ancient village have a 7 meter tall lord Buddha’s rock cut statue of 7th century it has fine details, it is one of the three rock cut statue in Kargil area left in the world . 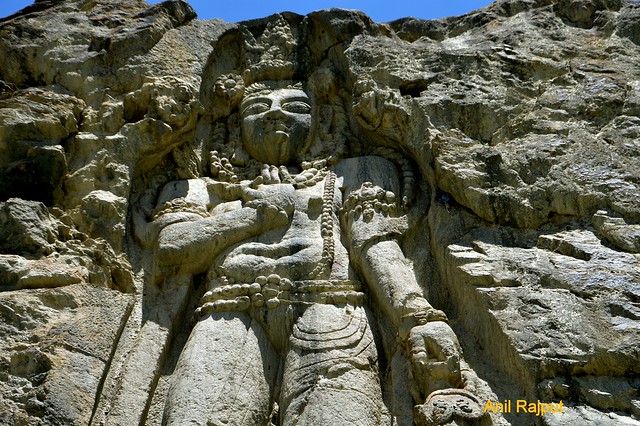 Suru Valley  is  also called the Gulmarg of Ladakh with dense plantation of Popular and Willow trees , it is full of Myricarea and wild roses , two side snow caped mountains and large number of Suru river tributaries , it is a famous picnic spot and pilgrims come here to pay their respect at the tomb of Syed Mir Hashim a Muslim scholar saint who imparted the Islamic teachings in this area . 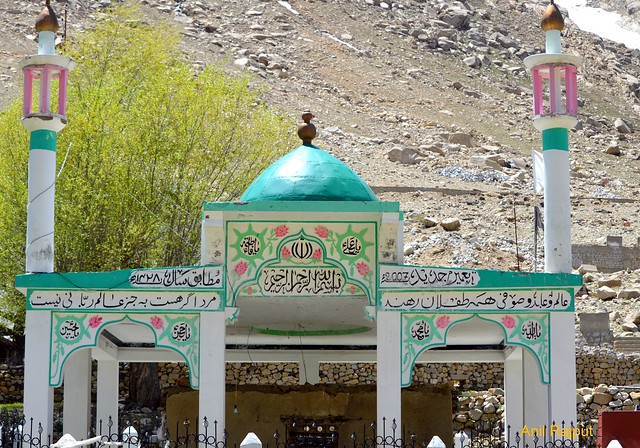 Trespone is a picturesque village with a beautiful mix of Tibetan Islamic architecture famous Imambara over a hilltop  it is also a place where people still make a traditional Scythian Bow by using mulberry frame and Ibex horn which is highly tensile and strong known as Scythian Bow it is used for the annual archery competitions held in almost all the villages in Kargil region .

Parkachic Village is at the end of Suru valley famous for its glacier and beautiful views of twin peaks of Karakoram range Nun (7135 mtr) Kun (7077 mtr) .

Mulbek is on National highway to Leh here is the 9 meter tall Chamba statue of lord Budhha of 7-8th century one of the three rock cut statues left in Kargil of lord Buddha in the world . 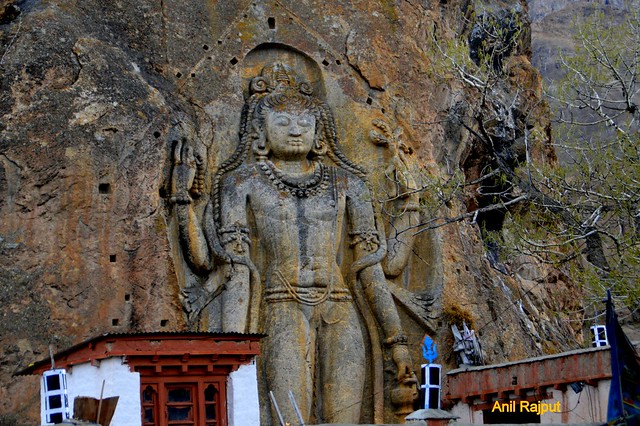 One can reach Kargil throughout the year by air from Leh , by road from Srinagar Zoji-la pass is closed from around December first week till April end and from Manali roads closes around October till end of May every year .