Built by the Pratihara ruler Maharaj Devapal in the year 1323 AD as per the inscription found here ,  circular temple, built  over a rock hill , using red and brown-colored sandstone  found abundantly in this area . the British architect Sir Edwin Lutyens and Sir Herbert Baker who designed the Parliament House in 1927, found his inspiration in the temple. Once a well-known tantric  center and some people still perform tantric  rituals , this place is situated in dry rocky region , located in Rithora area of  Morena Distt. about 45 km from Gwalior , 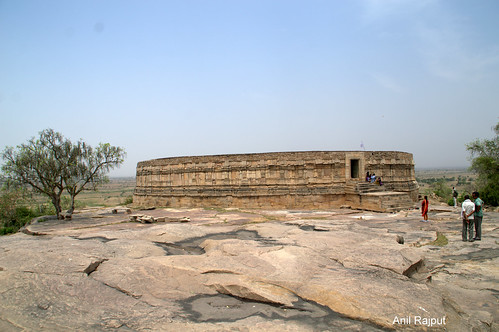 A circular structure of 170 ft radius atop a 100 ft mount, One needs to trek by about 200 steps to reach the temple, the path is very well maintained.  The temple has 64 (Chausath) rooms and a big courtyard. There is only one small entrance from East , after entering there is a corridor on left and right side , to reach the central platform there is flight of stairs again on the East direction. 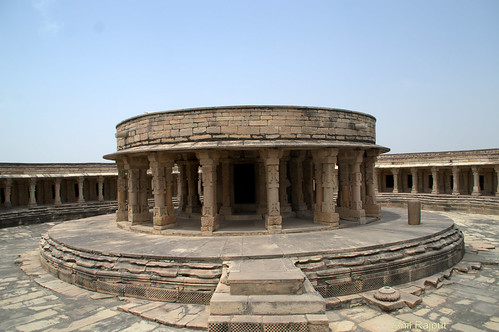 In the circular courtyard there is a corridor supported by stone pillars one side open space and other side is a row of small 64 rooms with a flat roof , in the center there is a pillared stage with a flat roof , it appears that there were shikhars over all the rooms and the central stage , there are four pedestals found with the names of the Yoginis mentioned on them which confirms it is a Yogini Temple. 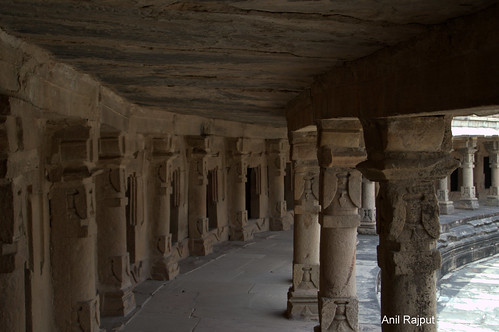 There was a time when each chamber  had an idol of Yogini accompanying Shiva. While some Yogini idols were stolen, some others are adorning Indian museums. 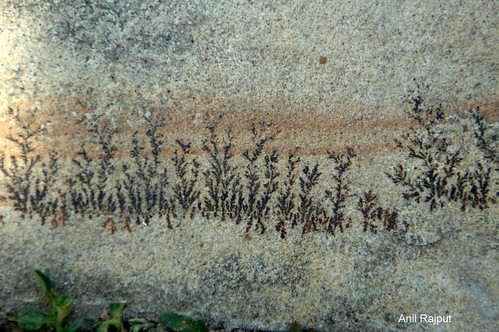