Kharsali on way to Yamunotri

Kharsali is a small village across the river Yamuna from Jankichatti ,  214 km from Rishikesh. During the winters  the main idol of  Maa Yamuna or Yamunotri is kept at Lord Shani Dev temple at Kharsali  which lies at 2675 meters from the sea level . 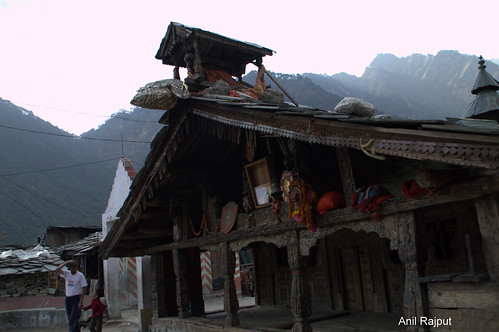 This place  is also known as Khushimath  is one kilometer from Janki Chatti across the River Yamuna. It is  not only the winter seat of Ma Yamuna but there is  a oldest temple of Lord Shani Dev who happens to be the brother of Ma Yamuna and  in-charge of punishing the crooked and bad people but he also rewards the good people . 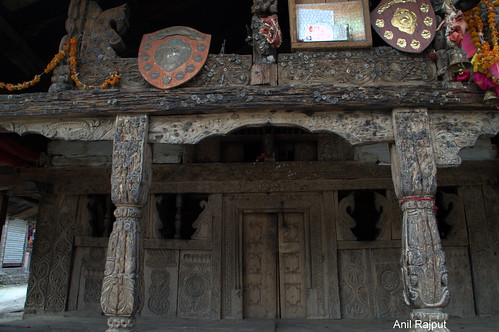 This temple is very old constructed of stone and wood without using the mortar to fix the two stone slabs together , an old inscription on a stone slab is in a language which is yet to be translated by the Archaeological Survey of India. 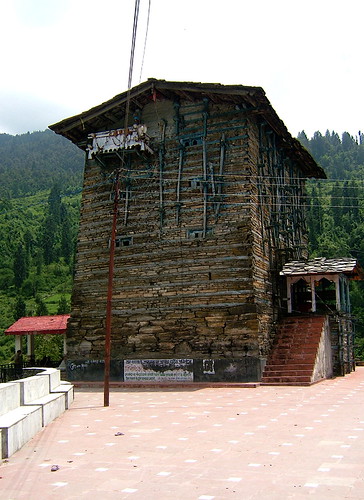 Yamuna, The daughter of the Sun God (Surya) and consciousness Chhaya (the Shadow) she has one sister Sangya, brother Shani Dev, Yamraj . Gangotri as cousins . Every year around the first week of May on “Akshya Tritiya”, Lord Shani Dev accompanies his sister Yamuna seven km up to Yamunotri and returns back to Kharsali . He again meets to bring her back on the “Bhai Dooj” or “Yam Dwetiya” two days after Diwali it is also a day for Yamuna to meet her brother Yamraj. ( Lord of taking away the spirits after death).

The helipad for Yamunotri is at Kharsali, this helipad serves to the pilgrims during the Yatra period , Yamunotri temple is Seven km. from the helipad.