The Rizong Gompa  is also known as the Yuma Changchubling  is situated at a distance of about 73 km from the Leh town. It  was established by the great Lama Tsultim Nima in the year 1831. It belongs to the Gelukpa Order , there are about 40 monks live here , follow a strict rule of not to have anything on their person, except for religious robes and books. The monastery is also called “the paradise for meditation” and is noted for its extremely strict rules and standards. 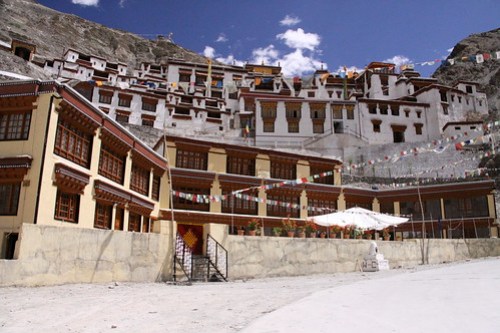 The Monastery was built in 1831 along with many shrines within it  for which the villagers  provided voluntary labour and donations  during construction  at a place known as Ri-rdzong since the place had adequate water supply and fuel availability.  the monastery has three large chambers. In two of these chambers idols of  Lord Buddha have been consecrated, the third chamber is having a Stupa  There are three group of people in here , first group is Lamas( Monks) , second group is Chomos and third group is of ordinary residents  the duties of each group and their interrelationships are well defined.

The nunnery, located about 2 km from the monastery, is called the “Jelichun Nunnery” or Chulichan (Chomoling)   the young nuns who are more educated  took to religious curriculum of meditation and Tibetan philosophy, while the older nuns toiled on the fields  The nuns are also trained in spinning, oil extraction from Apricot  nuts and milking cows. 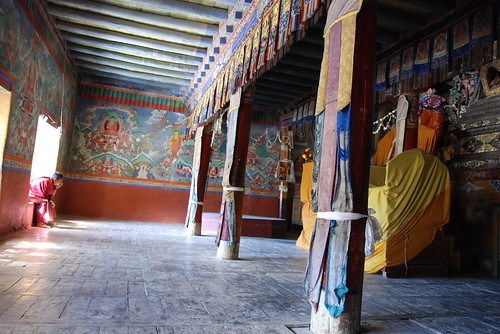 The Monastery has the distinct reputation of upholding “the Vinaya rules in strict sense of the term”, so much so that the Lamas of this monastery do not indulge in performances of mask dances or with undue rites and rituals.

The monastery has the distinction of having two incarnate , Lama Tsultim Nima and his son Sras Rinpoche , the former is the head of the monastery, and the latter is the Abbot  of ‘rgyud-smad Dratsang‘. The Abbott will be elevated to the rank of Dga-ldan Khirpa, the chief of all Tibeten scholastics, after completing a term of two years .