Hem Kund or Hemkunt is one of the holiest Sikh pilgrim place in Uttrakhand, it has a mention in the Bachitter Natak authored by the Tenth Guru, Gobind Singh Ji that he meditated in his previous birth at a lake of ice  surrounded by Sapt Spring mountains and where the King Pandu ancestor of Pandavas of Mahabharata ,  practiced yoga.

Until nineteenth century the geographical location of this place was not known, it was the efforts of Pandit Tara Singh Narottam, Sikh scholar Bhai Vir Singh, Sohan Singh, a retired Granthi and soldier Havildar Modan Singh from Indian Army, located this place and laid foundation of this pilgrimage site, at a height of 15,200 feet , it  opens during the summers from May till September, rest of the year it is covered under the snow and becomes inaccessible. 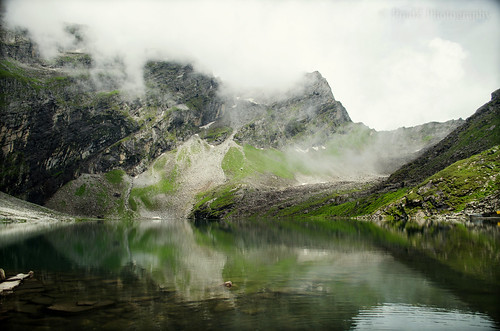 Starting point to this pilgrimage is Hardiwar/Rishikesh about 275 km drive to Gobind Ghat, it is advised to stay at Joshimath where there are good hotels, camps and rest houses which are easily available, next morning travel by bus or car 22 km up to Gobind Ghat situated at the confluence of River Alaknanda and Laxman Ganga, a gurudwara is situated at the right bank of Laxman Ganga,  a small market with restaurants, guest houses, shops for trekking equipment, one can get porters and mules,  vehicles can be parked here  till their return from the trek, there is a helipad and  Helicopter service is also available up to Ghangharia.

First stop on this trek is Ghangaria also known as Gobind Dham it is 13 km rocky path and unclear road, a base camp for two treks at a height of 3050 meters, one trek leads to Hemkunt Sahib and the other leads to Valley of Flowers. There are no arrangements for overnight stay at Hemkunt Sahib therefore pilgrims have to leave early to return the same day, there are open ground tents with mattresses, gurdwara, guest houses and dhabas(small restaurants) to take care of basic needs, it is here the river Pushpavati coming from Valley of Flowers and Laxman Ganga from Hemkund Lake meets. Pilgrims leave early morning on a 6 kms rocky trek which takes about 5-6 hours crossing the glacier to reach the Hemkund Lake, it is also known as Lokpal lake, there is a, Lord Ram‘s younger brother’s, Laxman temple on the banks of lake, it is believed that after the battle with Meghnad when Laxman got wounded, came here to take rest and regain his health. 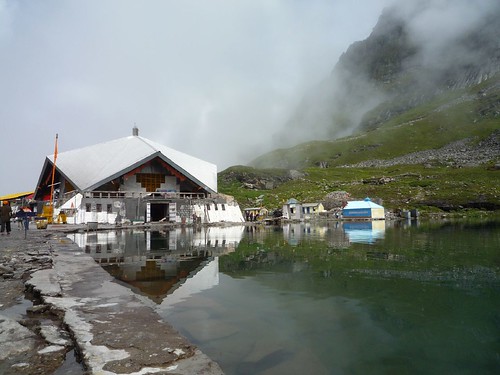 A star shaped Gurudwara which is designed and  constructed under the supervision of Major General Harkirat Singh and Architect Siali from 1960AD onwards. Situated at the height of 4240 meters on the banks of lake surrounded by seven snow capped mountains. One has to return to Ghangaria as there are no arrangements for night stay at Hemkund Sahib .

The Valley of Flowers

Next day one can take a trek to Valley of Flowers which is 3 km from Ghangaria after crossing the bridge over River Pushpawati, which takes about 2-3 hrs, no mules are allowed, at check post one is to make entry in register and a nominal fee is charged, one can feel the exotic scent in the atmosphere from here as trek to Hemkund is full of smell of Mules dung, this valley is 5 km. long, it was known as Bhyunder Valley, In 1931 mountaineer Mr. Frank S. Smithe, lost his way after successful expedition of Kamet, by chance reached here, he was so impressed he authored a book “The Valley of Flowers” and wrote about the beauty and flora, thus giving its present name,  until then this valley was not on a tourist map, legend has it, that Lord Hanuman came in search of Sanjivani Buti (herb) after Laxman got injured in battle with Meghnaad. This valley has mostly the orchids, poppy, marigold, daisies and anemone looking like a carpet on the ground and many medicinal plants, besides flowers there is a variety of wild life and commonly found animals are Snow Leopard, Musk Deer, Red Fox, Langur, Himalayan Black Bear and Brown Bear over 100 types of Butterflies are found here, among the birds are Snow Partridge, Himalayan Monal, Himalayan Golden Eagle, Snow Pigeon, Griffin Vulture, Sparrow Hawk etc. there are no tall plants, everywhere there is some grass, berries, shrubs, flowers, what to see and what to leave one gets so exited about the beauty. Rain is quite unpredictable and one is not allowed to stay in the valley at night and just one day is not sufficient if one is really interested in plants will like to come again and again. 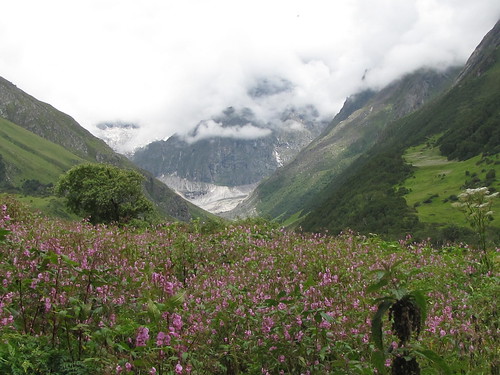 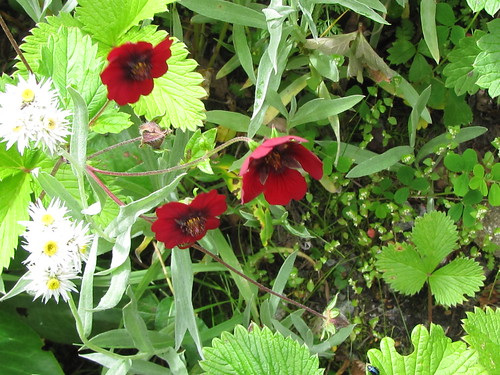 The return journey starts from Ghangaria/Gobind Dham to Gobind Ghat and then to Joshimath, one can stay for one day to explore the Ski slopes of Auli and views of Himalayan mountains or trek to lakes and meadows above Auli .