Zoji – La is a high altitude pass  11575 ft from sea level on Indian National Highway NH-1D , connecting Kashmir valley from Sonmarg to Ladakh Valley , it is 9 km long the second highest pass on Srinagar – Leh highway always covered with snow it is closed in winters due to heavy snow fall. 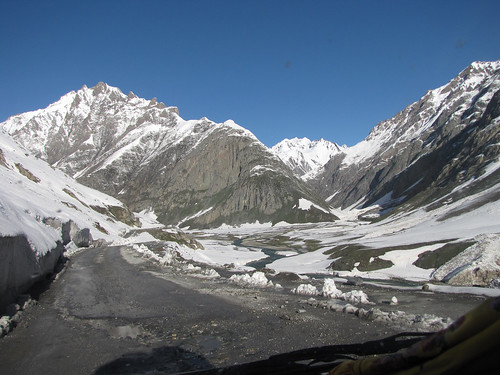 The pass links a Valley of Kashmir with Ladakh. For many centenaries various trade routes took merchants to China, Tibet, and Central Asia. Renchen Shah of Leh moved into Kashmir via this pass and was the ruler of the territory in the 14th century. Mirza Haider Doughlat also marched on through this pass to raid Kashmir. The previous name of the pass was Shurji La, which stands for the mountain of Lord Shiva. 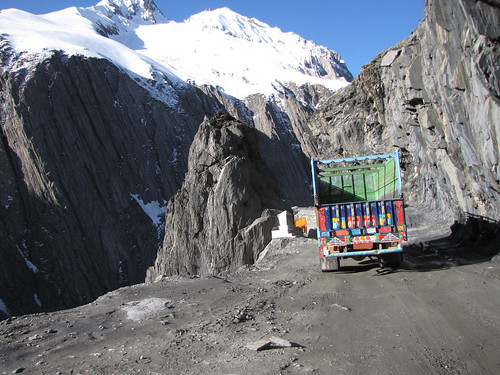 Zoji-la , at a height of 3,528 meters, which  is the lowest drivable pass on the Great Himalayan Mountain Range. It witnesses violent winds  because of the conical shape and severe snowfall. Over 60 risky landslide spots have been identified on this route. Every year the young enthusiast  motor cyclist from all over India cross this pass with a high adventure spirit to visit the Ladakh from Kashmir side.

Historically this pass till 1815 was in control of Amir of Afghanistan as Punjab Hill States, it came under Maharaja Ranjit Singh’s Flag of a Sikh state , in 1846 after the Anglo-Sikh war the East India Company and Sikh Empire had a Treaty of  Lahore , as an indemnity the Sikh State could not pay then Rs.1.2 Million , the Dogra King  was allowed to take Kashmir by paying Rs. 750 Thousand to East India Company , Gulab Singh became the first Maharaja of a new state of Jamu & Kashmir. After the partition in 1947 India signed the accession document with Maharaja Hari Singh to be part of India.

It was here in 1947 when Pakistani army who had reached till Srinagar had a surprise to see the Indian army’s Battle Tanks and artillery guns , had to withdraw from this area , since then the Zojii-la pass is under the controls of  India .