Yatra Chardham in the Uttrakhand also called the Chota Chardham is a journey of four places or Dhams done from spring to autumn months, and as per the Hindu calender, from Akshaya Tritia till the Bhai Dooj ( April end /May first week till October end / November second week) . During this time, all the roads and trekking routes are accessible and free from any Snow.

During the Winters when all Dhams are closed due to snowfall in the higher  reaches of the Himalaya , the main deities for worship are brought down at the temples located in the villages for the uninterrupted  daily Puja and rituals, one saves on the long uphill treks which are difficult for the Senior Citizens. Hotels are less expensive and temples are not crowded. One can spend as much time to perform the puja and dhyan. The usual Yatra Chardham is of 14 days in summer months from Delhi by road but same journey can be done comfortably  in 10 days in winters

Ma Yamuna is worshiped at village Kharsali seven kms before the Yamunotri main Temple,  just across river Yamuna at Janki Chatti, it is a picturesque village which has the oldest Lord Shani temple.

Ma Yamuna stays with her brother Lord Shani during the winters. 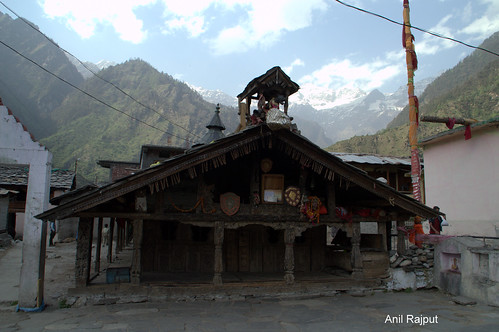 Ma Ganga is worshiped at village Mukhwa near Harsil. A lesser known and ignored fact about Harsil  is that Harsil is a place where many rivers meet which forms a Maha Prayag like Vishnu Ganga, Jalandhari, Pawan Ganga, Hatya Harini, Kheer Ganga , Kakora, Tilangana and  Bhim Ganga pouring their waters into the main River,  Bhagirathi.

Harsil’s Mayank Parvat  has mention in Kedarkhand a chapter in Skandh Purana. This place is also famous for Ashram of Maharishi Markandaeya, who composed the Durga Saptshati at Mukhwa 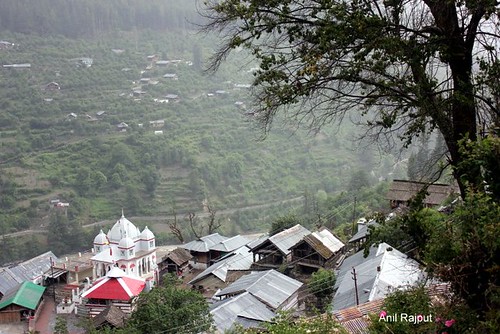 Lord Kedarnath ( Lord Shiva) is worshiped at Gupt Kashi  Ukhimath, located on the banks of  Mandakini river, where, during the winter months, the Idols are brought in from the main temple of Sri Kedarnath . 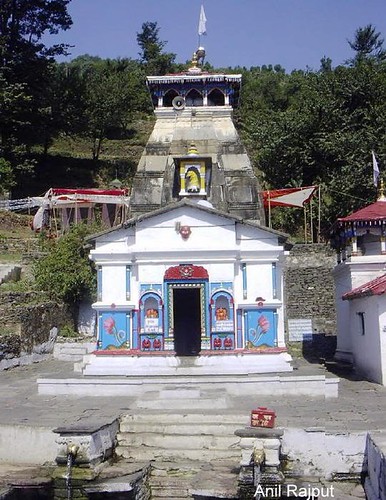 One can visit and offer prayers at places associated with Sanatan HinduMythology, at Guptkashi namely Ardhnarishwara, Manikarnika Kund ( Pond), Love legend of Anirudha (the grand son of Lord Krishna ) and Demon King Banasura‘s daughter Usha and then killing of Banasur, Grave of Nala of epic Ramayna,

One gets a beautiful view of Chaukhamba , Kedarnath and Neelkantha peaks. 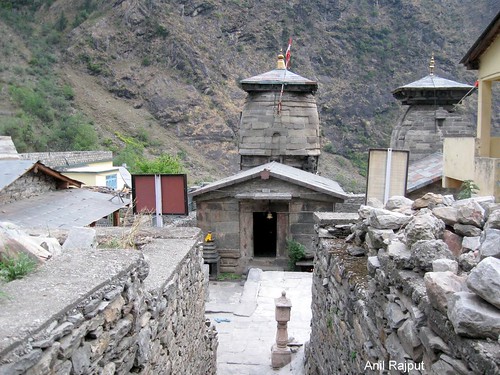 Lord Badri Vishal is worshiped at Pandukeshwar  during the winters, this place is 18 kms from Joshimath and very close to Govind Ghat. Pandukashwer is also associated with King Pandu father of Five Pandavas of Mahabharata

After the curse from a Sage, ( Rishi) Kindama, mistakenly killed by King Pandu, spent his life here and his queens Kunti and Madri gave birth to the five Pandva brothers, Namely Yudhishthir, Arjun, Bheem, Nakul and Sahdev (in order of their ages, elder first).

All these places hold equal importance in Sanathan Hindu Mythology, as the main Shrines of Yamunotri, Gangotri, Kedarnath and Badrinath. These places have been the winter seats for these gods for generations.