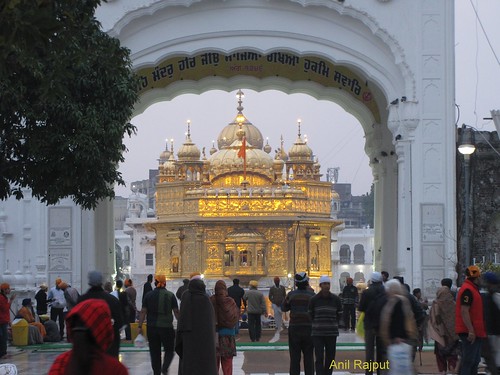 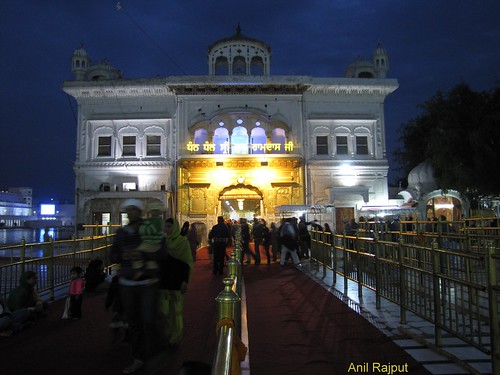 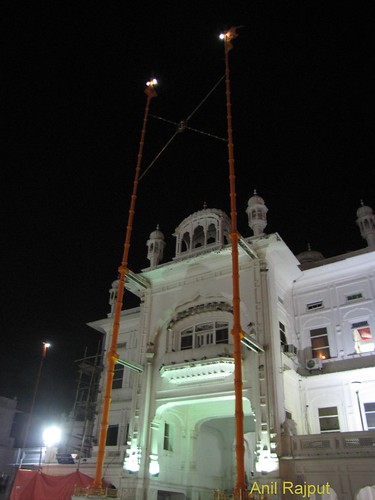 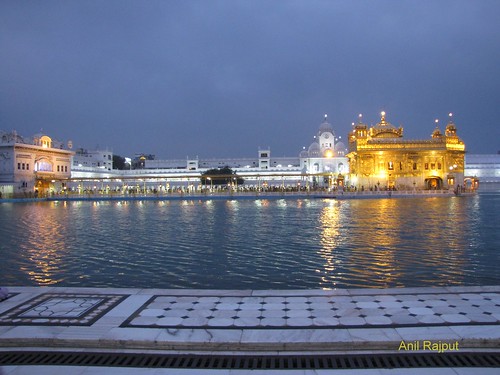 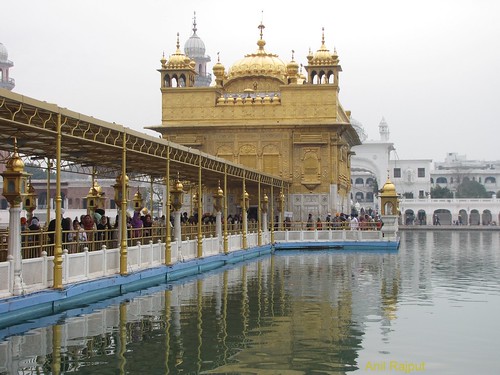 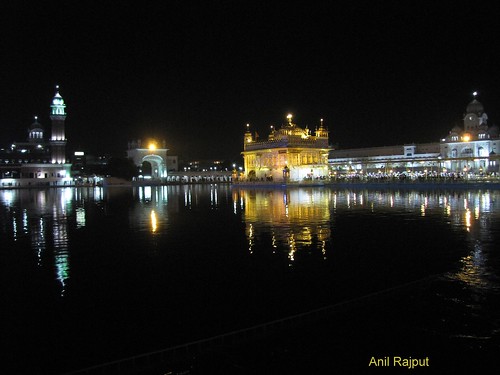 Harmander Saheb, if one keeps the religious fact aside, it is not easy job to serve a meal to thousands of people in a day and that too round-the-clock. Forty to fifty thousand people, on an average, have a meal at langar everyday at Harmandar Sahib. “On Sundays, festival days and Amasya, the number exceeds 1 lakh” says Jathedar Harpinder Singh, who is in charge of the langar.

Freedom of Food and the Golden Temple

It is the devotion and selfless service of the sewadars makes the job simple. There are 300 permanent sewadars who work at the langar. They knead dough, cook food, serve people and perform a number of other jobs. Also, there are a good number of volunteers, both men and women, who work in kitchen and langar hall. They also wash and wipe the utensils.

The langar at Harmandar Sahib is prepared in two kitchens, which have 11 hot plates (tawi), several burners, machines for sieving and kneading dough and several other utensils. At one tawi, 15 people work at a time. It is a chain process – some make balls of dough, others roll rotis, a few put them on the tawi and rest cook and collect them. It is all done so meticulously that one is surprised to see that on one hot plate, in just two hours, over 20 kg of flour is used to make rotis.

The kitchen also has a roti-making machine, which was donated by a Lebanon-based devotee. The machine is, however, used only on days that are likely to witness huge crowds. The machine can make rotis of 20-kg flour in just half-an-hour. To get the flour, there are two machines in the basement of the langar hall and another that kneads one quintal of flour in just five minutes. It is this fine team of man and machine that makes it possible for the gurdwara to provide 24-hour langar on all days.

Sewadars working in the Kitchen

But, what about putting together the raw material? About 50-quintal wheat, 18-quintal daal, 14-quintal rice and seven quintal milk is the daily consumption in the langar kitchen. There are utensils that can store up to seven quintal of cooked daal and kheer at a time. Items needed in langar are bought in huge quantities from Delhi . The purchases mainly includes pulses, while other every-day requirements are met from the local market. A stock of all items is maintained for two months, “Desi Ghee comes from Verka Milk Plant in the city, the devotees also make donations for the langar. In a day, over eight quintals of sugar and seven quintals of dal is consumed .

“Besides dal-roti, kheer and karah prasad is prepared on alternate days. On an average, seven quintals of milk and an equal quantity of rice is needed to prepare kheer. On festive occasions, jalebis are also distributed. Every day over 100 gas cylinders are needed to fuel the kitchen. For making tea, 6 quintals of sugar and 20 kg of tea leaf are consumed,in the early morning meditation at the Harmandir Sahib. But, all this wouldn’t have been possible without the grace of Waheguru: “Loh langar tapde rahin” (may the hot plates of the langar remain ever in service) are the words that every devotee says in his prayers at the gurudwara.

The practice of Guru ka langar was strengthened by the third Sikh Guru Amar Das Ji, langar or community kitchen was designed to uphold the principle of equality between all people regardless of religion, caste, colour, creed, age, gender or social status. In addition to the ideals of equality, the tradition of langar also aimed to express the ethics of sharing and oneness of all humankind. Langar Being Served On the other hand, following the principle of division of labour, the sewadars in the hall make sure that sangat gets the complete meal, from pickle to rice and dal. The whole thing is highly organised – from arranging the material to cooking and then serving.

After eating, the utensils are collected in one part of the hall in huge bins from where they are taken away for washing and stack them for the next sitting of langar the clockwork efficiency with which the kitchen is organised and the fact that all the people manning the kitchen are volunteers who are inspired to undertake the heavy labour by their religious convictions.” IN THY SERVICE Around 3,000 people are served meals at a go. It wouldn’t be possible without sewadars, who look for no return except Waheguru’s blessings.