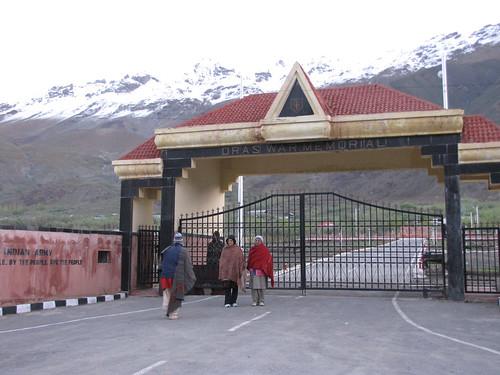 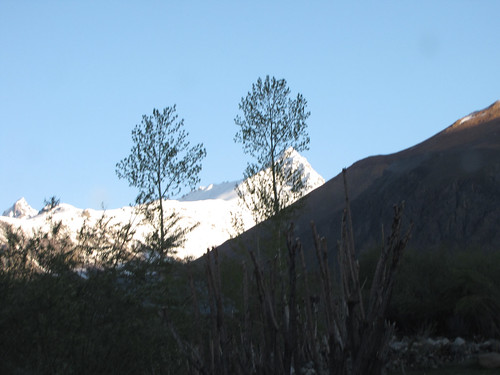 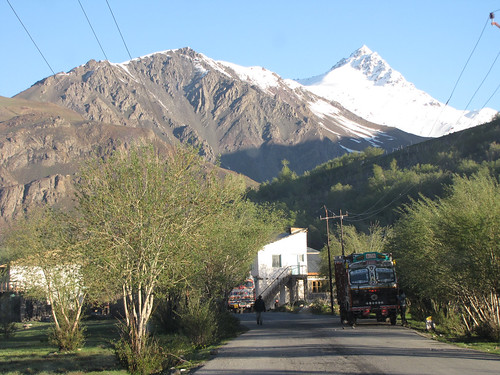 Zanskar is located in the Great Himalayan range on the banks of  the Zanskar River formed by the confluence of its two Himalayan tributaries, the Stod/Doda and the Lingti-Tsarap rivers,  the most isolated of all the trans-Himalayan valleys, it is a remote, ancient kingdom in the northwest Indian Himalaya in Ladakh region of Jammu & Kashmir State. It remains inaccessible for nearly 8 months in a year due to heavy winter snowfall resulting in closure of all access passes, This geographical isolation and the esoteric nature of Buddhism practiced here have enabled its inhabitants to preserve their identity in a chain of far- flung monasteries, most of which occupy spectacular fortified locations, high on rocky ridges in isolated valleys. These isolated valleys are linked across high passes by a number of long established pathways. 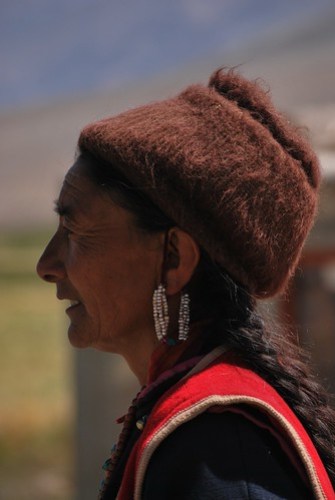 Reaching Zanskar the only  240 km road connection is from Kargil Suru Valley crossing the Pensi – la Pass at a height of 4400 meters from sea . Padum also called Padam the main village or town on the Doda river in the center of Zanskar valley and there are several small villages scattered around it. 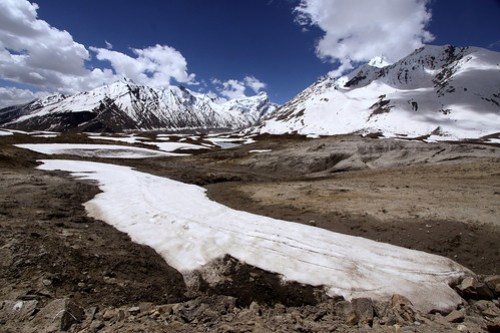 Access to Zanskar is difficult from all sides as it is located sandwiched between High mountain ridges on both sides of the Doda and Lingti–kargyag valleys, which run north-west to south-east. On the south-west is the Great Himalaya range it separates Zanskar from the Kisthwar and Chamba valley . On  the north-east is  the Zanskar Range, it  separates Zanskar from Ladakh. The only way out for the whole Zanskar valley is the Zanskar river, which cuts a deep and narrow gorge through the Zanskar range. In winters the commuting to this area is maintained across mountain passes or along the Zanskar river when frozen. Walking on Frozen river of Zanskar is an ultimate experience,  it had been trade route for centuries for Zanskari valley. Now the route is also famous as winter trekking among adventure lovers. Kargyag river which originates from Shingo – la and  Tsarap river which originates from Baralacha – la joins near village Purne  to form the Lungnak river (  Lingti or Tsarap) this river flows towards the Zanskar central and meets the Doda river at  Gzhung Khor  to form the Zanskar river . From Lahul Valley one can reach here by crossing the The Shingo- La  at a height of 17000 feet from sea level .

New road is being built from Darcha to Padum and then to Nimmo meeting at Kargil-Leh highway after its making Manali-Leh an all season road bypassing Barlacha la, Nakee la, Lachung-la and Tanglang-la along with building up of Rohtang Tunnel to bypass Rohtang,  until that would be operational only motor able approach to Zanskar is  from Kargil. 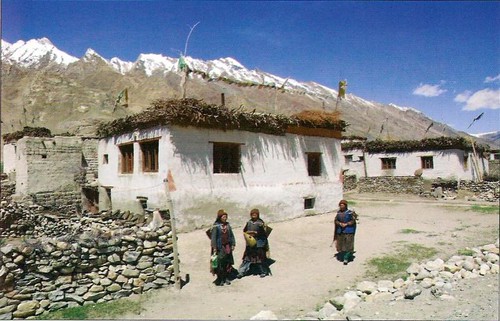 The Great Himalyan range acts as a barrier for protecting Ladakh and Zanskar from most of the monsoon,  May to September it is warm  and dry hardly any rainfall or snow in this period , water comes from the melting glaciers,  winter snowfalls are of vital importance, since they feed the glaciers which melt in the summer and provide most of the irrigation water,  barley, lentils, and potatoes are grown by farmers at the lower heights.

People of Zanskar have origin from  an Indo-European the Mon and the Dard who came from Baltistan , the Buddhism came here from Kashmir about 2200 years ago,  in the 7th century  the Tibetans introduced Bon ,  8-10th centenaries  the monasteries of Karsha and Phugtal  were built. Zanskar existed as a more or less independent Buddhist Kingdom ruled by between  related royal families till 15 th centenary. Since the 15th century, Zanskar has been subordinate to Ladakh .

Two main branches of Tibetan Buddhism are practiced  here , the Drugpa , Sani Monastry ,Dzongkhul Monastry , Stagrimo and Bardan Monastery  affiliated with Stakna . The Gelugpa control monastries are  Rangdum , Karsha , Stongde  and Phugtal under the Ngari Rinpoche,  his main seat is Likir Monastery  in Ladakh,  the Ngari Rinpoche is the younger brother of the His Holiness Dalai Lama.