Spituk Gompa, monastery  is located at a distance of 8 km from the town of Leh ,  is perched on a high hill overlooking the Indus river. The name “Spituk”, meaning exemplary, a translator, Rinchen Zangpo, said that an exemplary religious community would develop here, thus give the name Spituk for the monastery. It was founded by Od-de, the elder brother of Lha Lama Changchub Od in the 11th Century. 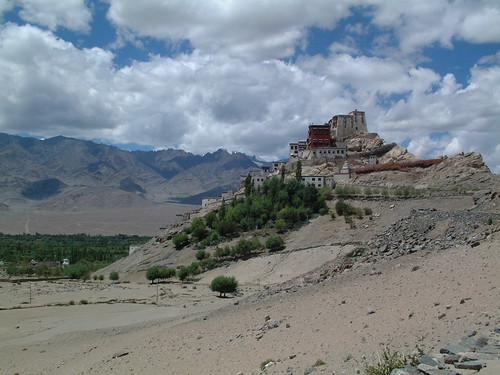 It was originally established as Kadampa school  after some time the monastery started functioning under Dharmaraja Takspa Bum – Lde Lama Lhawang Lotus  and introduced order of Tsongkhapa (Gelukpa), today the monastery functions under the Gelukpa order . Three  monasteries , Stok, Sankar and Saboo are the branches of Spituk Gompa all these monasteries are the successive reincarnations of Skyabsje Bakula Rinpoche. 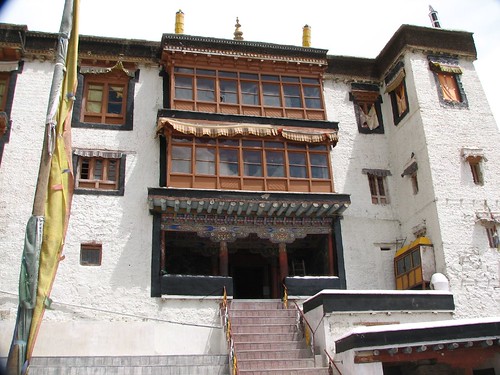 Dukhang  the assembly hall is the main attraction of the gompa housing a high throne, reserved for Dalai Lama. The Chapel features images of  two chief disciples of Tsong-kha-pa and Lord Buddha.The large statue of Shakyamuni draws the first glance of the visitors. To the left of Shakyamuni is the statue of Guru Padmasambhava and to the right is the statue of the goddess Tara. The Gonkhang is the largest temple of the monastery and is dedicated to Kali Mata or Mahakala ,  in this temple there is a Six-Armed form of Mahakala, the White Guardian, the Brother and Sister, Khyitra on his dog and the Goddess on her horse. 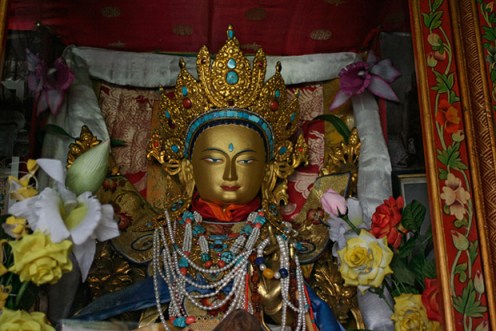 Spituk Gompa has one of the fine collection of exquisite antiques such as ancient masks, thankas, antique arms and many more. Huge image of Lord Buddha and Amitayus which is about a finger high in length in the Gompa is very stunning. 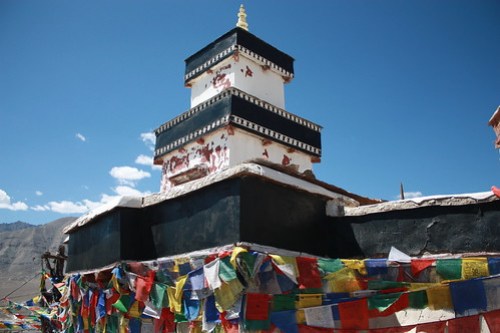 Annual festival, known as the Spituk festival, is held here from 17th to 19th days of the eleventh month. There is another shrine, higher up the hill, known as the Mahakal Temple, dedicated to the deity of Vajrabhairava. It has a frightening face, which is unveiled only during the annual festival in January.