Sahastra Bahu or Saas Bahu Temple is within the Gwalior Fort complex ,   built in 1092 AD by the King Mahipal ,  it is a twin temple a  larger one dedicated to  Lord Vishnu Lord with Thousand arms ( Sahastra Bahu )  it is the most impressive structure  32 x 22 meters ,  built  for  the King  Mahipal’s wife who  was a devotee  of Lord Vishnu ,  a smaller one dedicated to Lord Sun built for her daughter – in – Law  who  was  a  devotee  of  Lord Shiva .  Collectively called  the Mother – in – Law      ( Saas )  and  Daughter – in – Law  ( Bahu ) Temple . Both intricately carved and designed with floral and mythical motifs. 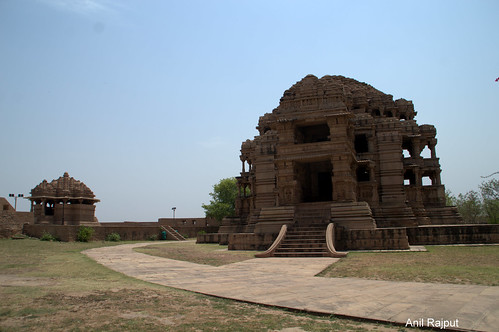 Raised on a platform, the walls of the temple have scriptures, figures and intricate stone works and is an example of the architectural skills of sculptors belonging to the 11th century. 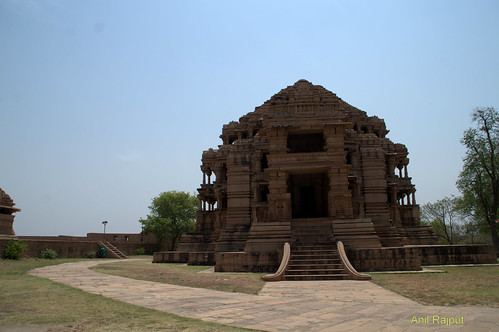 Using the red sand stone with several stories of beams and pillars but no arches.It has got three entrances , entire temple is covered with idols ,  Lord Bhrama ,  Lord Vishnu and Saraswati ( Godess of Learning)  placed above its entry door. 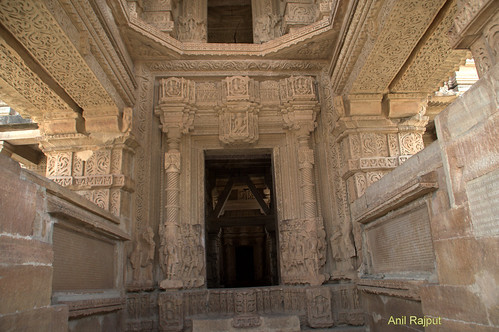 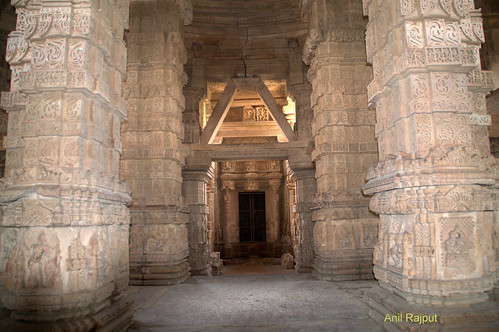 Pillars supporting and no arches

Built in Nagara style, both the temples are richly decorated with carvings of deities, human and animal figures, and geometric patterns .  It is difficult to find a piece of plane surface in this section that has not been carved,  interlocking the horizontal and the vertical elements and to set up the images at the most appropriate places. 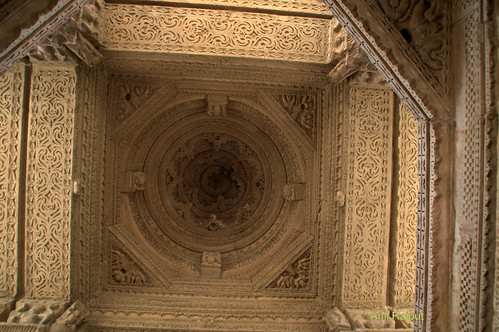 The roof is decked with a wonderful lotus carving which is one of its main attractions. In a way, one can imagine the outstanding architectural brilliancy of ancient times in India . The ceiling containing the pattern of the successive formations of the square, the octagon and the circle is repeated, in its variant forms, in the porches and the central hall. 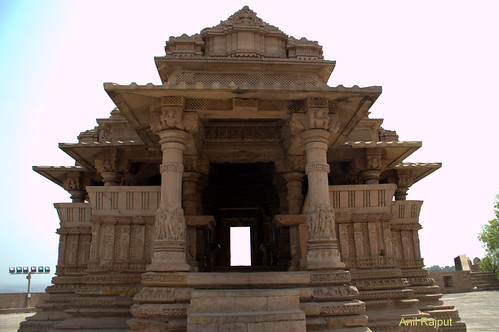