Triyugi Narayan temple / village is situated near Gauri Kund about 15 km by motorable road at a height of 1980 meters ( 6500 ft.). Architect of this temple resembles the Sri Kedarnath temple, built by Adi Shankarachrya, dedicated to Lord Vishnu, having a silver image two foot tall accompanied by Ma Lakshmi and Ma Saraswati. This temple is witness to the celestial marriage of Lord Shiva and Ma Parvati. Lord Vishnu completed all the formalities of as a brother and Lord Brhama creator of world as a priest in the presence of “Rishis” sages of that time , the place is marked by a stone called Brhama Shila . 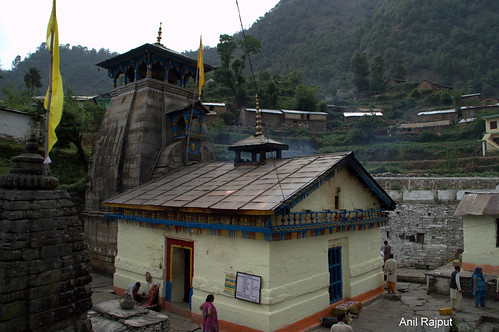 Pilgrims offer “Samidha” the pure fire wood at a square “Hawan kund ” Fire place to the eternal flame which is supposed to be burning since the marriage of Lord Shiva and Ma Parvati. It is also known as “Akhand Dhooni” 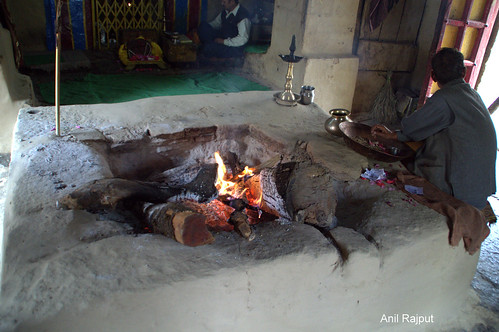 Before the marriage ceremony the Gods took bath at three different “Kunds” small ponds, the Rudra kund, the Vishnu kund and the Brahma kund, these three ponds are recharged by inflow of Saraswati Kund , legend is it originated from Lord Vishnu’s navel .

Lord Brhama had a bath at Brhama Kund before the marriage of Lord Shiva and Ma Parvati . 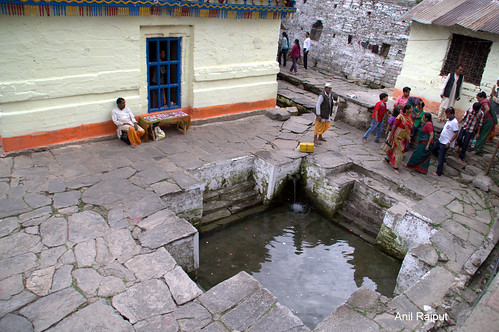 Lord Vishnu had a bath at Vishnu kund before performing the ceremonies as brother of Ma Parvati at marriage . 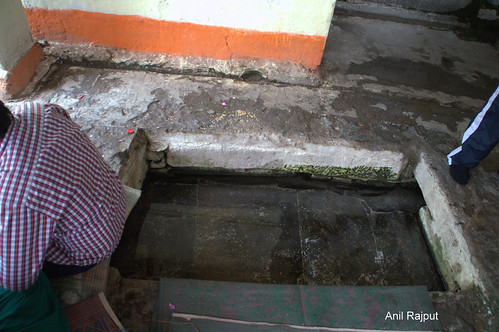 All other Devas and Rishis had a bath at the Rudra kund to participate and be witness to Lord Shiva and Ma Parvati marriage. 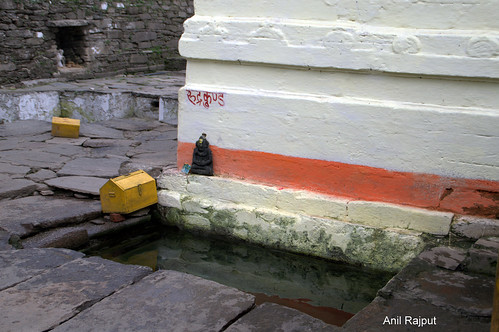 Triyugi Narayan is suppose to be the capital of King Himavat ( Himalaya) during the Satya Yug. After the death of Ma Sati, Lord Shiva’s first wife, Ma Parvati was the rebirth of Ma Sati, at first she tried to win the Lord with her beauty but could not succeed she did penance “meditate” at Gauri kund and finally Lord proposed to her at Gupt Kashi and then the marriage was solemnized at Triyugi Narayan at her father’s place