Ekling Ji Temple Nagda Udaipur was built in 734 AD by the Bappa Rawal (Prince Kalbhoj) a devout Lord Shiva Upasak and a Yati ( a person with full control over his passions), the eighth ruler of Guhilot Rajput dynasty and founder of Mewar, it was repaired by Maharana Mokal ( assassinated at the age of 24) 46th ruler,  the present main temple was rebuilt in 15th century by Maharana Raimal grand father of Rana Kumbha  from the ruins over the destroyed temple. This place is also known as Kailash Puri . 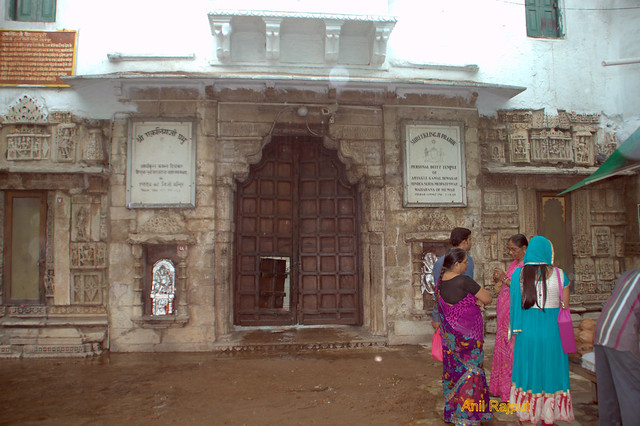 There are two silver idol of Lord Ganesh and Kartikey to ward off the evils, after crossing this gate no cameras are allowed, photography is strictly prohibited inside.

The temple is big, magnificent in conception and perfect in making , a fifty feet high Shikhar has a sixty feet circumference at base, the Garbhagriha has four doors in four directions , each gate has a Nandi (the Bull) statue facing the main idol.The South and the western Gates are covered with silver strips. The temple complex is enclosed within high wall of hard rocks and in addition to the main temple there are 108 more temples carved out of marble and sand stone. 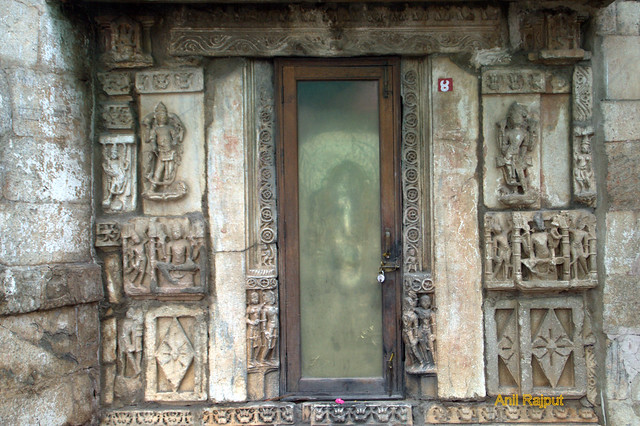 Just before the Sabha mandap in the west direction there is a black stone Nandi and small one made of Ashtdhatu on a raised platform facing the Garbhagriha .on the same platform is the statue of Bappa Rawal with folding hands facing the East looking at the statue of Maharishi Harit engraved at the main entrance of Sabah Mandap. Two big white statues of elephants stand before the main entrance to the Mandap . 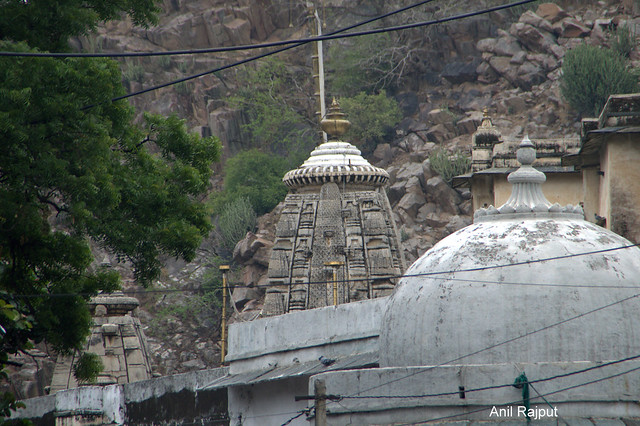 A five face black marble Shivaling was established by Maharana Raimal son of Rana Kumbha at the end of 15th century, the West face is of Lord Brahma , East is of Lord Surya, North face is of Lord Vishnu, South face is of Rudra and upward is Shivalinga with a silver snake . Shivlinga is encircled by Goddess Parvati, Lord Ganesha and Lord Kartikay. In the North direction there are two water tanks. The Mewar Ruling family is a Suryavanshi Rajputs therefore above the Western door in the garbhagriha there is a silver image of Lord Surya.

Another very important Temple only one in the world is Lakulish Temple, within the complex  built in 971 AD. According to Linga Puran and Skandha Puran the Hindu Religious texts, the Lord Shiva worshipers oldest sect Lakulisha is supposed to be the 28th and last avtar (incarnation) of lord Rudra or Shiva who also introduced the Yoga system in the worship .

Bappa Rawal had his religious education from his Guru Sage Harit who meditated in a cave near by, he educated the code of conduct for the ruling families of Mewar to follow which has been the guiding source. The Ruler of Mewar is lord Shiva himself and Maharana of Mewar is the Diwan ( Prime minister) a representative of Ekling Ji. When Maharana is in Udaipur, every Monday night they pay a visit and worship the deity . Only the Maharana of Mewar can perform the Pooja of Shri Ekling ji, the daily puja is performed by the pujaris and receives the blessings on behalf of Mewar Maharana .