Garhi Padavali temple Morena, Gwalior built in 10th  AD it is  in a village called Padhavali  situated in Distt. Morena 45 km. from Gwalior , old name of Padhavali is Dharon with neighboring towns were Kutwar ( Kantipur ) and Suhaniaya ( Simphania) originally they collectively formed one large city. The Kutwar  is associated with Kunti, the mother of the Pandavas 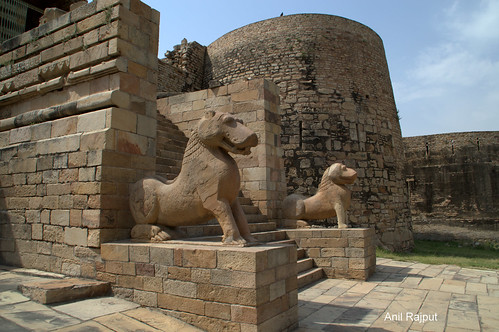 In the early 19th century, the Rana ( Jat ruler ), of Dholpur, converted a ruined temple atop a mound, into a small fort or Garhi. He used stones, said to be the remains of the old town of Dharon, to construct defensive towers for his fort, A flight of stone steps, guarded by two stone lions, lead up to the ruins of the temple within the walls of the Garhi. 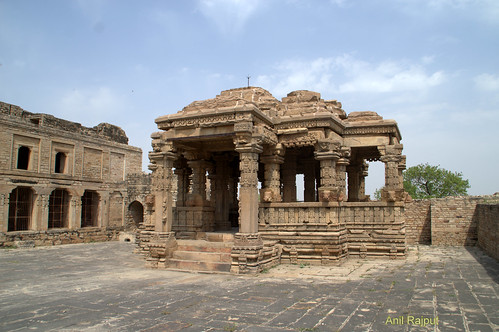 The remains of the old structure stand atop a carved plinth rise sixteen sculpted pillars supporting a flat roof. The terrace, the courtyard and the assembly hall of this temple are the ‘epitome’ of ancient culture . There are intricately carved panels on the stone beams between the pillars. They depict the divinities Surya, Kali, Shiva, Vishnu and Brahma, 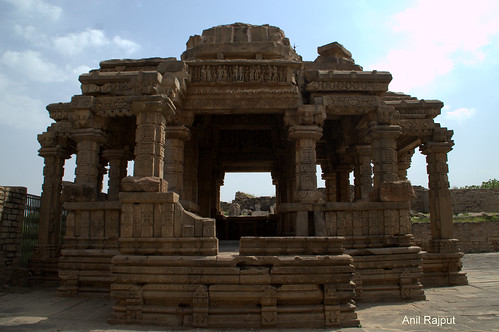 The temple abounds in the depictions of Ram Leela, Krishna Leela, Mahabharat, the 10 incarnations of God Vishnu, Samudra Manthan, Marriage of Lord Ganesha, Lord Shiva dancing in the cremation ground in Preta ( Ghost) form and hundreds of other Sanatan gods and goddesses . 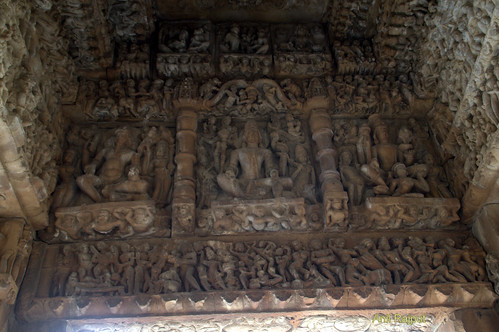 Lord Brhama , Shiva and Vishnu in old age and at bottom plate depicting celebration at Nand Gaon the birth of Lord Krishna

Lord Shiva flanked by four-headed Brahma and Vishnu holding a conch, a Chakra, a Gada (club) and a Padma (lotus) in his four hands  and Vishnu seated on Garuda 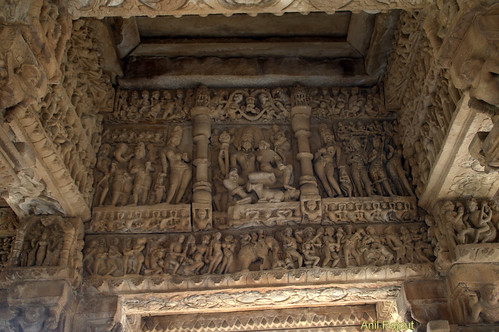 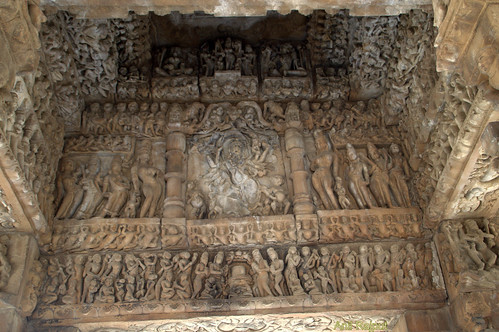