The Journey through The Sacred Land to Gangotri

by Anuj
No Comments

It was a special day, I had arrived from Jaipur to Delhi and was all set to depart for The Land of Gods and Goddesses, Uttarakhand. I was so excited in the train while travelling towards Delhi and couldn’t wait to start my journey. I reached Delhi and packed all my bags, took my camera, recharged all the batteries, emptied the memory cards and I was all set to leave. We left Delhi after lunch in our Scorpio Jeep driven by my father, who loves long drives especially in Himalayas, so I couldn’t even ask him for the wheel not even on the plain roads and spoil his ‘long drive‘. So I sat besides him and we departed from Delhi.

The Start of The Great Himalayas

Journey from Delhi to Haridwar was on NH-58 and that was our resting place, we spent a night there to begin our actual journey in the mountains as the plains end at Dehradun, in our original we had to take a road to Chamba but we took the road to Barkot, a longer route, we knew it’d take longer but we were excited to explore the other side too. There were beautiful waterfalls, bumpy broken roads, falling rocks, landslides, rubble over the roads. One can never cross these roads on a low rider vehicle. We had our Scorpio so it was an ease for us. Although we had to survive the jerks and vibrations which felt like as if my backbone rifted apart all together. We went past Dehradun and the Rajaji National Park stopped on the way to have some tea and breakfast. Went past Mussourie and The Kempti Falls, those are really beautiful falls but the natural beauty seems to be getting destroyed by the people. We didn’t stop for a second there and carried our journey further and got on to NH-123 and were heading towards Barkot. 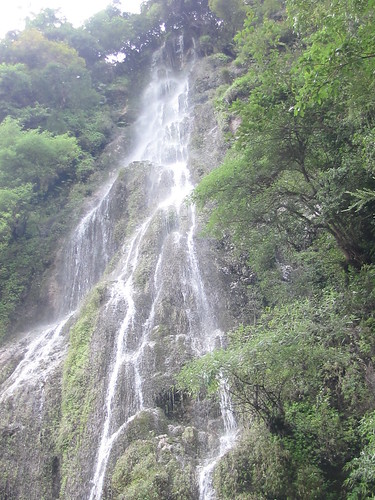 This was a really tiring journey and we all were getting irritated as we had taken a long route due to which we reached about 5 hours late. But this tiring journey was full of Green Mountains, Valleys, Lovely River Banks, Waterfalls and hardly any cars on the road. We reached Barkot and gave second thoughts to continue our journey after seeing the direction board in the picture below which said Yamunotri to the left and Gangotri to the right. Stopped for few seconds and discussed about it, we chose Gangotri as it was planned as it was already late. All this time my mother was praying to the god that, we reach safely to the destination and back home, we both (me and papa) were getting irritated from that too but didn’t pay any minute attention towards that and she was so scared all the time that she was reminding papa to blow horn at every turn that we drove through. 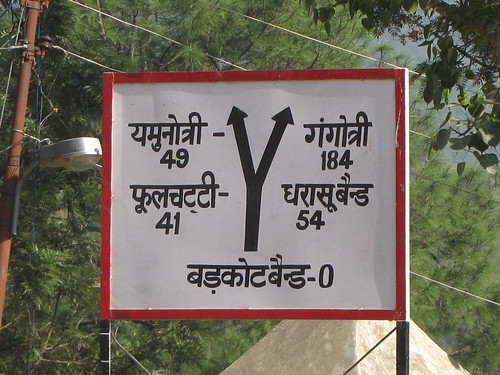 We were following River Bhagirathi all this time and were back on to NH-108 by entering into a tunnel which was built inside a mountain and lead directly to Uttarkashi, as the dark appeared slowly our average speed started declining. After Uttarkashi, there was no big city and we had to travel a long journey of about 75Kms to Harsil. After Uttarkashi, we were heading straight to Harsil, on the way we went past Maneri and the Maneri Dam Project which was built upon River Bhagirathi and the water was flowing out of the small gate at very high speed which was creating mist in the atmosphere and just stopped by to take some photographs, it was dark when we left Maneri. So with no further delay we moved on, the weather started to go down. I was just holding tightly to the handles and whatever I could hold onto to save myself from spinal pains. 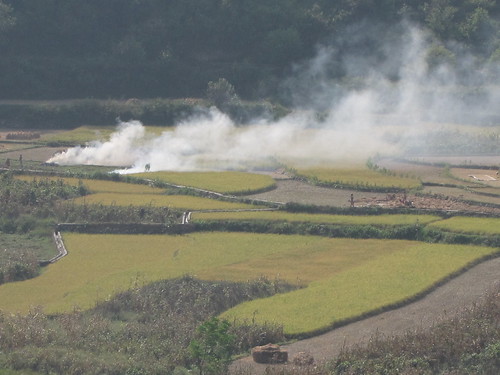 Landscape along the River Bhagirathi 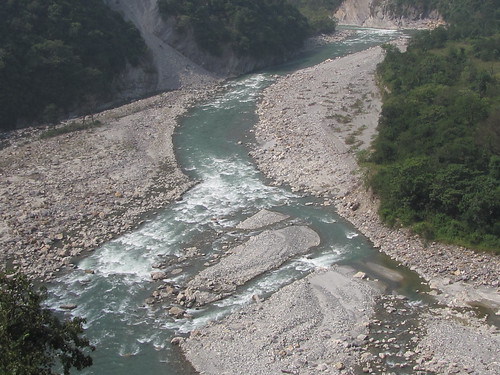 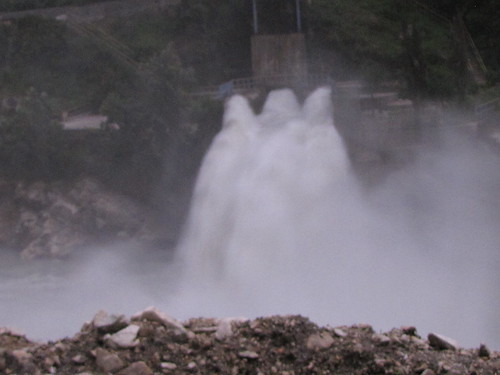 It was so dark, we could hardly see anything besides the road and the oncoming traffic whose frequency was like one car in 20 minutes. Those 75 Kms felt as if we were never going to reach Harsil that night. These 75 Kms on the plains seem just an hour drive but in the mountains it takes about 3-4 hours approximately on broken roads with rocks and pebbles all over. It was okay till now as the car stereo was playing nice music, the stereo mouth fell off due to the jerks and refused to join back as it broke off. After that it was a total silence in the car and still 50 Kms were left. I was just staring at the dark and the tiny lights on the mountains blinking all over the place, these were all small villages settled all over the mountains. 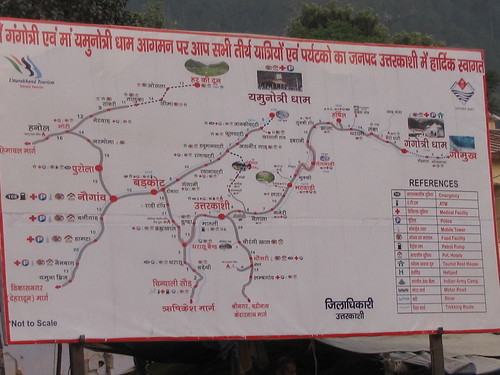 I was just watching the road and eventually we reached Harsil, our final destination for that day and we spent a night at nice cottages in The Harsil Retreat, owned by Mr Rajiv Mehta. We had dinner and went to sleep. It was really a tiring day but I didn’t felt anything by looking at the beauty of  The Great Himalayas. 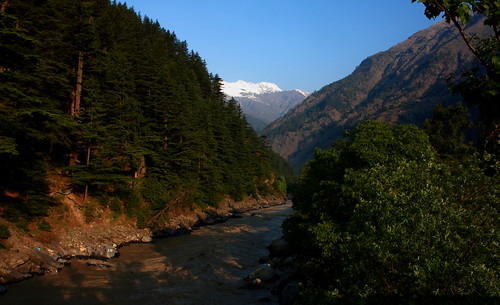 Woke up early in the morning and had a bath with hot water, clicked photographs, had breakfast and departed for the sacred land Gangotri. The road from Harsil to Gangotri was plain with less landslides and rocks, it was clear at most places as it is maintained by the Army and Border Roads Organization. On the way to Gangotri, which was 25 Kms from Harsil and was a 1 hour drive, we saw the 10 rivers meeting into River Bhagirathi and a beautiful and is one of the deepest gorge in Asia and ‘one of its kind’ bridge which is built over this gorge. The vegetation was pine and deodar trees all over and we could see pine cones everywhere on the roads and the sideways. Finally we reached our final destination, Gangotri, The Origin of The Holy River Ganges 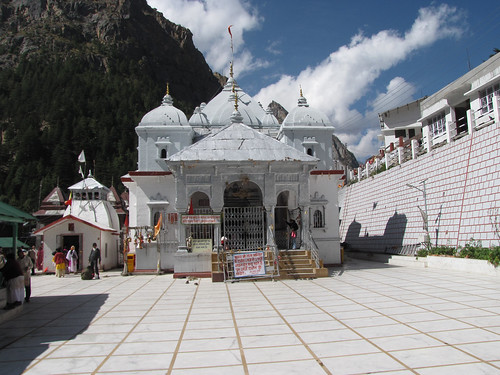 The Sacred Temple at Gangotri