Nageshvara  Mahadev or Nagnath temple is  about 12 km from  Dwarka on road to  Bet Dwarka , it  is one of the 12 Jyotirlingams while other 11 are situated in the other parts of  India . It is the first Joyotirlinam on the earth . There are two more Jyotirlings with same name as the place described in the Vamana Puran  and Shiva Puran (old texts ) the Daruka Vana means the forest of Deodar Trees which grows at a height of 2000 mtrs. and above in Himalayas and  suppose to be a place called Jageshwar in Uttrakhand . The second place is Anudha in Satpura Hills of Maharashtra state

Legend about the discovery of this place is, during their Vanavasa period Pandavas reached this place and they saw  a cow flows its milk every day from its fodder into a lake on its own volition. The Pandavas doubted a divine presence , all five brothers  emptied the water from the lake and started  digging  it. To their surprise a Shiva Lingam emerged out of it and they constructed a temple here , the present temple is a new structure over the old one .

Legend according to Shiv Purana, a devotee of Lord Shiva , Supriya  a merchant while travelling  in a boat was attacked by a demon Daaruka. The demon imprisoned him along with others at  Daarukaavana . Supriya advised all prisoners to recite the mantra ‘Aum Namaha Shivaya’. When Daruk came to know about it  he wanted to kill Supriya , at same time  Lord Shiva appeared in the form of a Jyotirlingam and killed  the demon Daruk  with the Paasupata Astram. 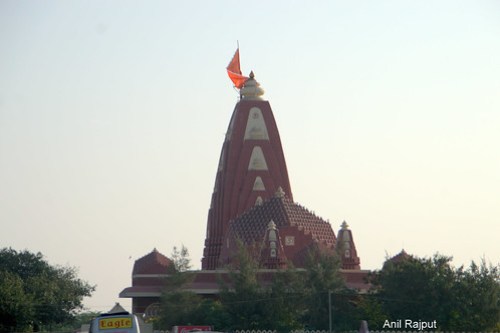 There is one more legend associated with the  position of Shivalingam and Gomugam ,  a devotee named  Naamdev was in front of the Lord singing the devotional songs , other devotees wanted him to move away from in front of  Shivalingam as his body is hiding the view of Lord , Naamdev asked them to suggest one place  in which the Lord does not exist , the angry devotees carried him out of the temple and and left him on the South side , when they returned to their surprise , they found that the Lingam was now facing South with the Gomugam facing east. 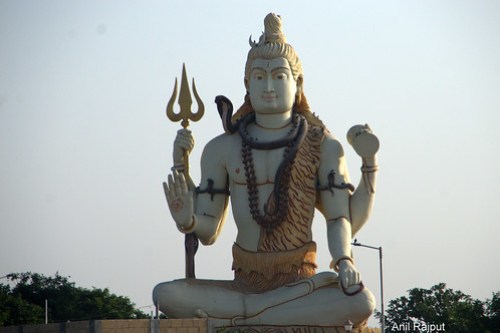 Shankaracharya had established his Western Math (Kalika Peeth) here , it  is considered as one among the seven  moksh-daayi cities.