Gwalior Fort built in 8 th Centenary over a sand stone steep rock hill , the earlier records mention 525 AD King Mihirkul and Teli Ka Mandir of 875 AD structures in this area but fort came in existence during the Pal Dynasty of Kachwaha Rajput his 86 generations ruled over 989 years. Pratihar Dynasty ruled for Seven generations, then in 1196 AD there was Turk ruler Qutub ud Din Aibek and Iltumish had a control at this fort , it was taken under control from them by  Narasingh Rao  . 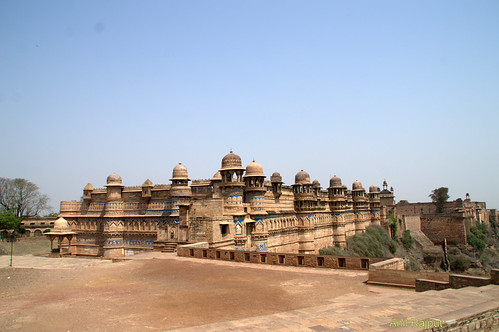 Tomar Rajputs took over in 1398 AD and held it till 1576 AD , in between Ibrahim Lodhi , Babur , Humayun , Sher Shah Suri and Adil Shah Suri for some time had control . It was Hemu ( Hem Chandra Vikrmaditya ) attacked Adil Shah Suri from here .

Mughal rulers made it a prison for the political prisoners and carried  assassination of many Mughal  family members .

Jats from Gohad ruled  here from 1740 to 1783 , Maratha leader Maha Ji Shinde in 1844 AD finally got it from the British East India Company . 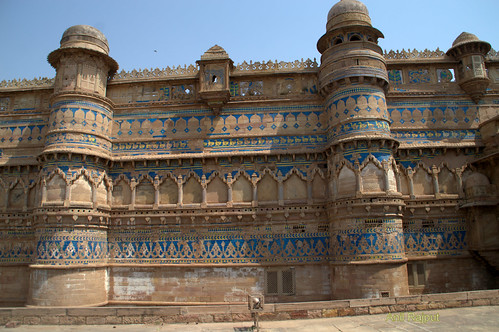 The main decoration and additions were done during the Raja Man Singh Tomar’s period 1486 AD-1516 AD , Man Mandir and Gujri Mahal were added , the Jahangir Mahal and the Shah Jahan Mahal were also added to commemorate the visit of Mogul Kings,  wonderful architecture,and beautiful art work done on its front as well as some interior walls. Surrounded by concrete walls of sandstone, the Gwalior Fort encloses three temples, 6 palaces and several water tanks. The Fort also contains many other marvels of medieval architecture. The Gujari Mahal is one such structure whose outer covering has survived the many battles the Fort has encountered. The main attraction is the Blue Tiles used and rows of yellow ducks, Banana Trees , Tiger and Elephants at outer walls and many other places , which is is actually a paint on the wall with different layers . 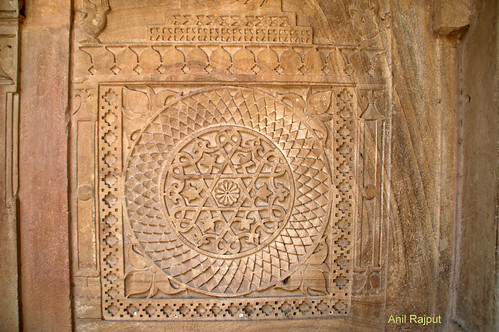 Gujari Mahal was built by Raja Man Singh for his wife Mrignayani who was a Gurjar Girl from a nearby village , she demanded a independent Palace and water for daily use  from Rai River near her village as a marriage condition . 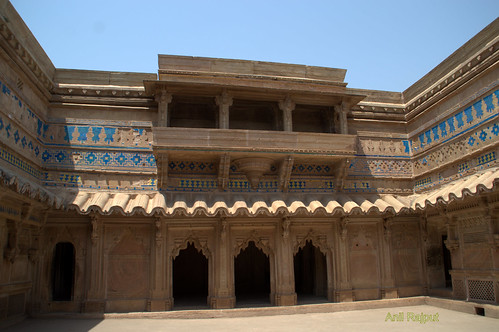 The Jauhar Kund, which marks the spot where the women of the harem burnt themselves to death after the defeat of the King of Gwalior in 1232. 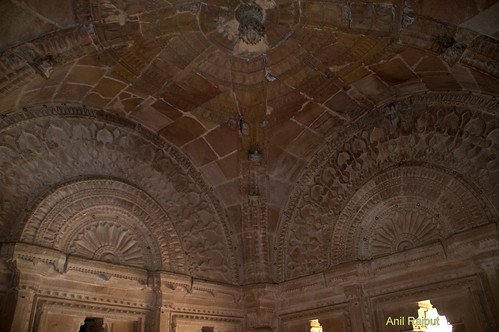