Adalaj Step well or Adalaj Ni Vav is an artistic intricately carved is five stories deep building at a water point in Ahmedabad, the construction was started by Waghela Chieftain Veer Singh of Dandai Desh but completed by Mohamad Begda in 1499 AD for Queen Rani Rupmati or Roop Ba wife of  Waghela  Veer Singh . 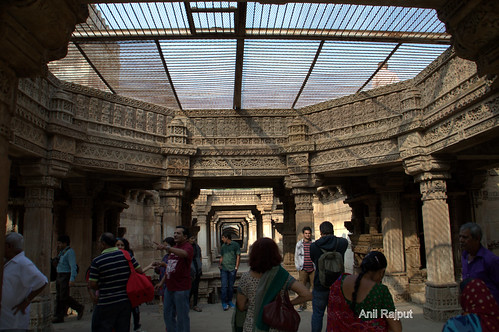 Western India has always suffered from scarcity of water. So, the local rulers used to protect the water reservoirs by building a large structure around them with steps to descend to the water source .

It is different from other step wells , it is the only one with three entrance stairs , all three stairs meet at the first level, underground in a big square platform, which has an octagonal opening on top. Pillars and beams at all five levels are beautifully carved , it is seventy five meters long built by using local available red sandstone in Hindu and Islamic style. 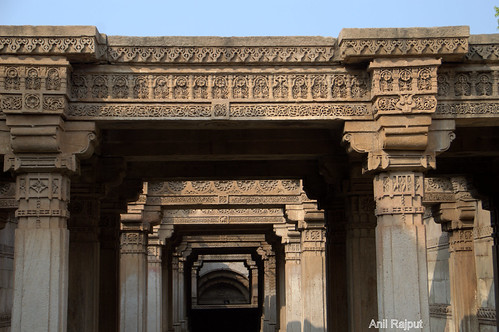 The legend is when Mohd. Begda defeated and killed the Waghela Veer Singh in a battle he took over the kingdom and send a marriage proposal to his Queen Rupmati , the queen accepted it and told him to wait until the Vav is completed , the day it was completed she circumambulated the step well with prayers and jumped into the well , before she died, Rani Roopba requested religious saints to take bath in this step well to get rid of her sins and the step well gets purified by these saints . 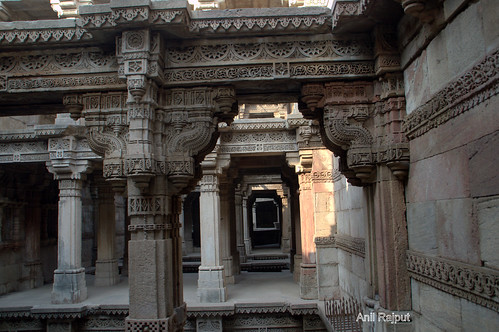 It is constructed in a way that there is good natural light and ventilation openings at different levels. 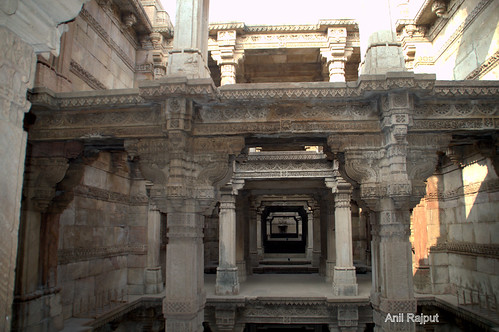 The water level keeps on changing with the rainfall in the surrounding area , the stairs at fifth level are chiseled out of the rock in a rectangular water tank . The temperature inside the well is about five degrees lower than the outside hot summer temperatures . 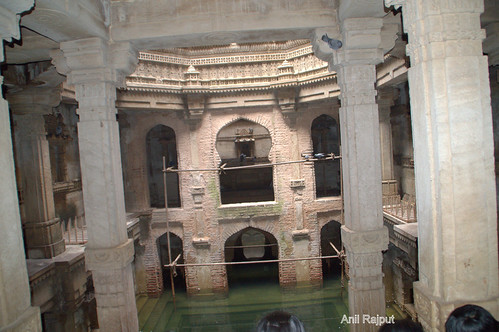 Water here is still used for auspicious ceremonies by the villagers living near by and come here for religious rituals. There is enough space at each level to accommodate people in large number. 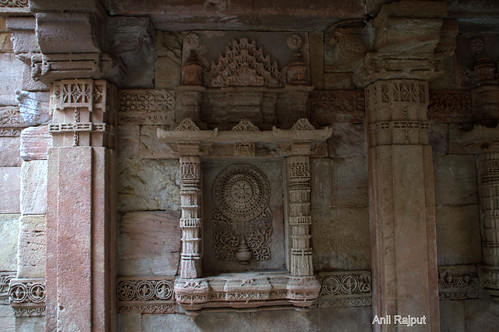 The motifs of flowers and graphics of Islamic architecture blend very well with the symbols of Hindu and Jain gods carved at various levels of the well. The dominant carvings on the upper floors are of elephants . 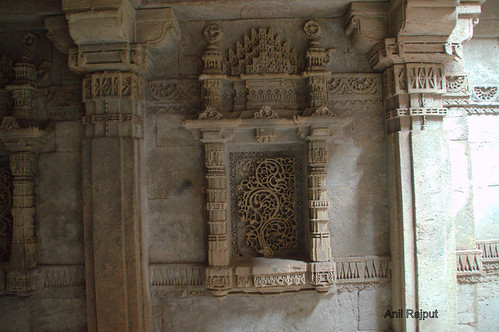 There is no entry fee and plenty of parking place available around it.