Sudama temple is situated in the city of Porbandar of Gujarat state , Sudama is the childhood friend of lord Krishna when they were having their education at Rishi Sandipni ashram at Mathura .

The present temple is built at same place where there use to be an old Sudama temple under the patronage of Sri Ramdev Ji Jethwa from the royal family of Porbandar during 1900-1908 AD , to complete the construction funds were raised by performing stage shows and received donations from the rich people . 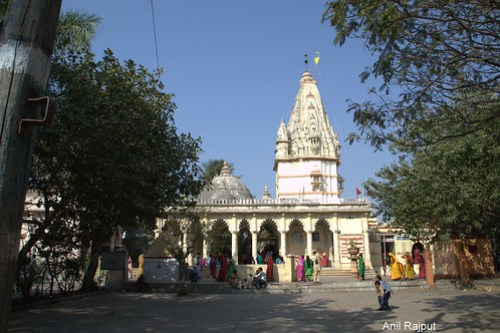 Its architecture  is a simple with carved marble pillars and shikhar , open from all the sides situated in a garden with a small step-well and a temple dedicated to lord Ganesh Ji . 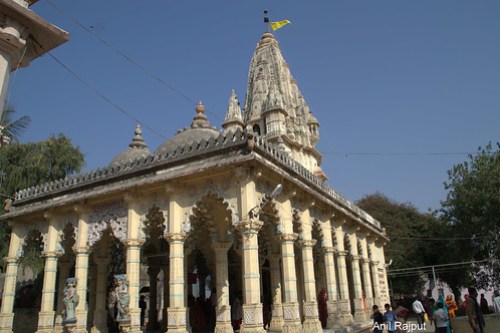 Sudama was born at this place and went to Mathura  at Rishi Sandipni Ashram where he met Krishna  , after the studies returned to his home and living a poor life , one day his wife asked him why not to meet his childhood friend who is a King of Dwarka for a help , Sudama went to meet Lord Krishna and when Lord heard about him he ran bare foot and receive his friend at the doors , offered him his seat  and washed his feet himself , upon lord Krishna’s request Sudama stayed few days as his guest , due to hesitation he never asked for any help as long as he was guest and returned home feeling guilty as to what he will reply to his wife, after reaching home he could not find his hut but instead there was a big mansion where his family was staying , he was then informed by his wife how Lord Krishna has helped them .