Stakna Gompa , monastery is situated at 25 km from Leh city in the Indus valley surrounded by beautiful snow-capped mountains. Stakna   means “Tiger’s Nose”   is built about 500 years ago on the summit of an isolated high rock looks like a tiger nose ,  in the middle of the Indus river on the left bank . It is a small monastery belongs to  the red-hat sect of Buddhism , it has several sister monasteries, including three in the Zanskar valley namely Mud and Kharu and those of Stakrimo, Bardan and Sani in Zanskar. 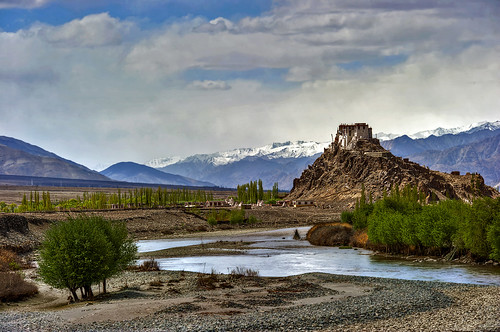 Stakna Monastery of Leh Ladakh is establised by Chosje Jamyang Palkar, the great scholar saint of Bhutan . The central image inside the monastery is that of the sacred Arya Avalokitesvara from Kamrup (Assam). This monastery is a visual display of the religious and cultural heritage of India and Buddhism. 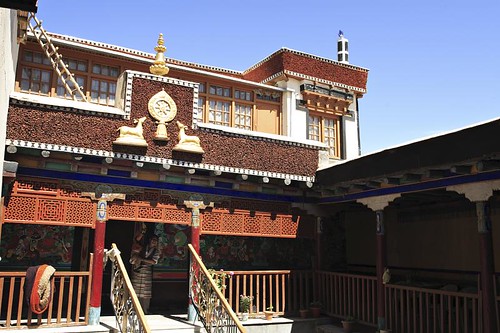 The Gompa consists of the head Lama’s private apartment, a Dukhang (main temple and assembly hall) and the rooms of the Lamas and their attendants. the Dukhang or main assembly hall, which contains a silver gilted chorten, seven feet high, erected by the present head Lama in the 1950s. The chorten contains a statue of the Buddha and various Buddhist texts. smaller subshrines retain 400-year-old sandalwood statues. 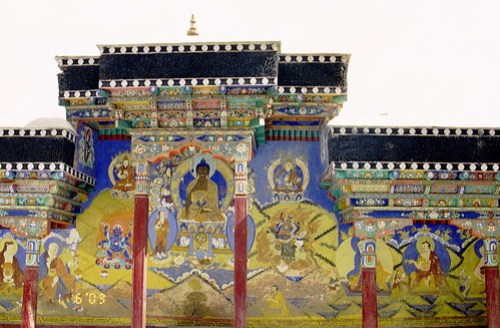 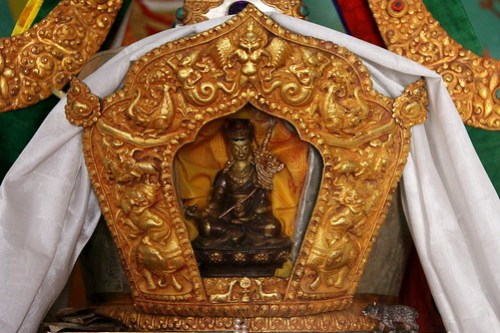 One of the beautiful Idol at Stakna 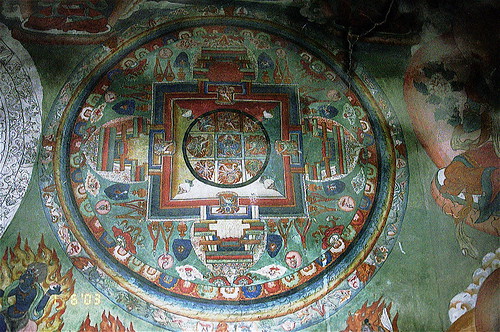 From the roof of monastery one can have beautiful views of upstream and downstream of Indus river and valley , bare slopes of Ladakh range in the North , snow-capped peaks and ridges of Zanskar range in the south .