Gwalior is situated 320 km from Delhi,  in Madhya Pradesh state , one can reach by road , there are regular daily trains from Delhi it is about four hour journey by fast trains ,  also there is a domestic airport which is connected with Mumbai and Delhi flights. 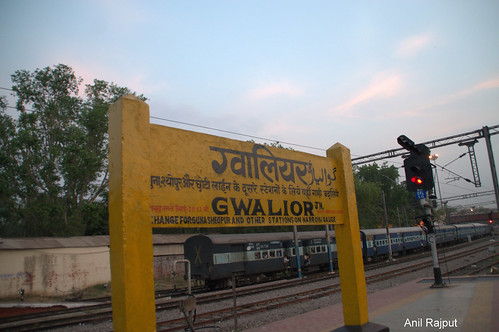 Gwalior a historical city of central India founded by a Kachwaha Rajput  Suraj Sen of Silhonia Village  in 8th centenary , the legend is the Suraj Sen who was suffering from Leprosy lost his way on a hunting expedition in this area , suffering from thirst and hunger  he was then helped by a Sage Gwalipa who not only led him to  a water pond but also got him cured of Leprosy . To pay him a respect and in gratitude a city was founded by his name , initially wall was made to protect the area where sage Gwalipa lived , then Suraj Sen built a palace within the walled area upon the hill , slowly people started living around it . 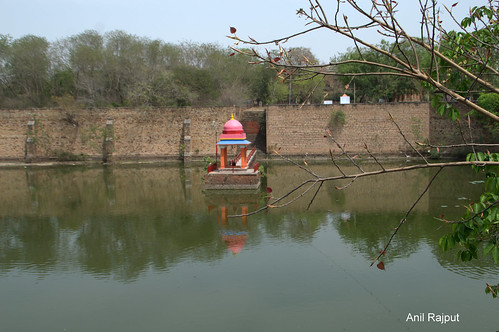 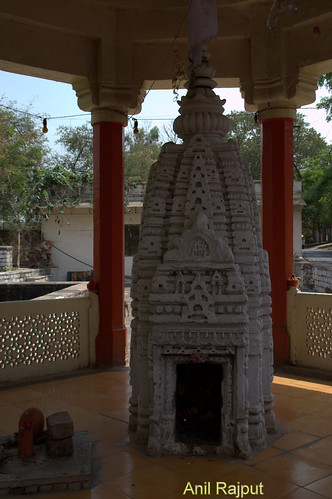 After its establishment many different rulers came , ruled around and over it and became a prominent place for religion and cultural development . 6 BC it was under the control from Patliputra under Naad Kingdom , in first centenary Naag  Dynesty Kushans came and ruled till 3rd AD , it was with Guptas till 467 AD  and then Pratihar Dynesty ruled and made it capital of Kannauj till 740 AD . Kachwahas were the rulers when Mohmmad Gauri invaded and plundered the area around it  but could not succeed to capture the fort in  1195-96 AD ,  It was Shams Ud- Din Iltumish in 1231 AD after one year siege , succeeded and this fort came under the Muslim rulers . 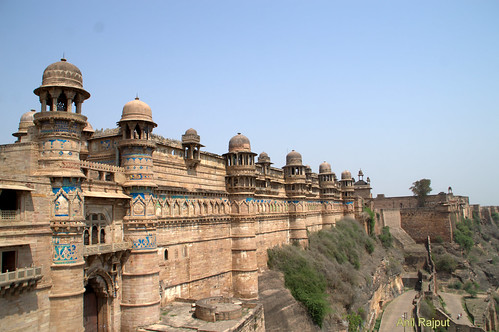 Tomar Raja Veer Singh became the ruler in 1375 AD and during the Raja Man Singh the present Palace Man Mandir was constructed . It came in the hands of Scindia in 1730 AD and became a Princely state during the British period . 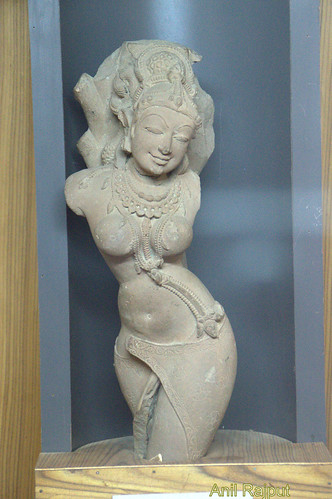 Places to be worth visiting are  Gwalior Fort , Fort Museum , Sahatrabahu temple, Teli Ka ( Telang)  Mandir , Gurudwara Data Bandi Chor , Gujri Mahal and Museum, one must ask the curator to show the Shalbhanjika  10th Centenary a beautiful carved lady in a stone feminine features with smiling face , it is kept in a strong room because of its archaeological importance .