Uttarkashi on way to Gangotri, Uttrakhand

Uttarkashi on way to Gangotri is a district’s head quarters situated on the banks of river Bhagirathi at a height of 1352 meters above the sea level, it is on a main route to Gangotri which is about 100 kms.  from here, Uttarkashi means the Kashi of North, it has got the religious significance as it lies on the confluence of rivers Varuna and Asi next to the Varun Parvat , Ghat near the confluence is called Manikarnika Ghat .

Kashi Vishwanath Temple  is an ancient temple situated in the center of town said to be established by Rishi (sage) Parshuram , it is said that the idol here has emerged on its own at this place and in Kalyug lord Shiva will move here ,  just above the shivling is drawn a Shri Yantra. The temple structure was built out of stone by King Pradyuman Shah over 350 years ago and reconstructed in the year 1857 by the Maharani Khaneti , wife of Raja Surdarshan Shah . 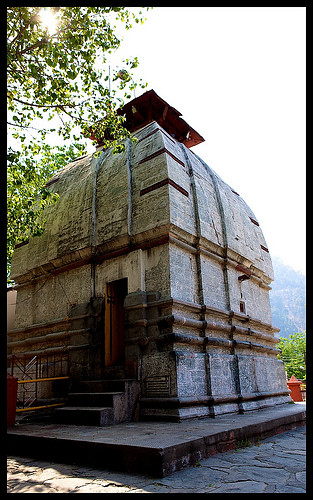 Ma Shakti Temple is just opposite to the Kashi Vishwanath Temple  where a huge 6 meters tall  and 90 cm  base Trishul (trident)  which said to be  thrown by Ma Durga at Demons. It is made of Iron on top and Asht Dhatu at bottom , it is worshiped as form of Shakti. 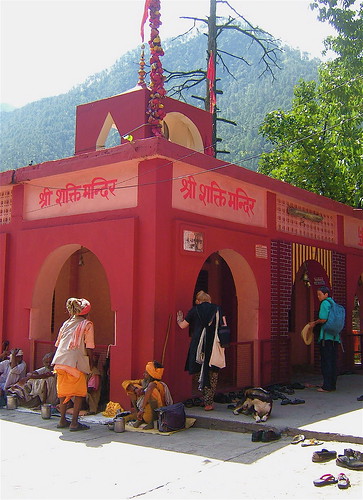 It is dedicated to the sage Parshuram also known as Lord of weapons , one of the incarnation of Lord Vishnu and also with the blessings of being immortal , he was sent to this place to repent the guilt of killing his mother Renuka , it is also his place of meditation ,  this temple dates back to 8th century .

Nehru Mountaineering Institute was established in the year 1965 to introduce the young Indians to the adventure and Mountaineering. It conducts regular courses and expeditions in the Himalayas.

At Ujeli many ashrams are located . Kuteti Devi Temple is located across the river Bhagirathi , Joshiara village  is famous for its Lord Shiva temples.

Uttarkashi is an important place on Chardham route as it on the way to Gangotri , most of the pilgrims stay a night here either before or after visiting Gangotri.